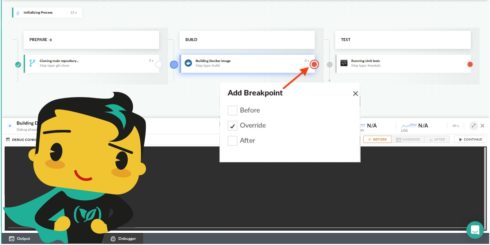 Codefresh launched a live CI/CD debugging tool that enables developers to place breakpoints on one or more pipeline steps. According to the company, once the pipeline hits one of them, it will pause and a debugging window will open. From there, users can then test commands, explore the state of the pipeline, and identify required changes.

“The initial feedback from our users piloting live debugging has been very positive. They love how much faster and easier the CI/CD pipeline creation process is when engineers are able to test, troubleshoot, and fix their pipelines with this new tool,” said Raziel Tabib, founder and CEO of Codefresh.

The new Azure Functions Premium plan will bring together the best of both serverless and dedicated hosting, according to Microsoft.

The full details on the functions are available here.

“With the simple, intuitive UX added to ReadyAPI 3.0, plus the extensive support for GraphQL, we’ve been able to dramatically reduce the amount of time it takes to test and release software at the highest quality,” SmartBear wrote in a post.

Other features include seamless integration with common CI/CD and API development tools and a comprehensive platform for automating API functional, performance, and security testing.

Sourcegraph’s native GitLab integration provides code intelligence for all open-source projects on GitLab.com and GitLab self-managed. Developers can access go-to-definition and find references from inside their code review workflow to reduce context switching and improve the quality of code reviews.

“With this integration, Sourcegraph enhances developers’ existing code review tool with inline code intelligence, helping speed up the review cycle and catch bugs before they’re deployed to production,” Sourcegraph wrote in a post.