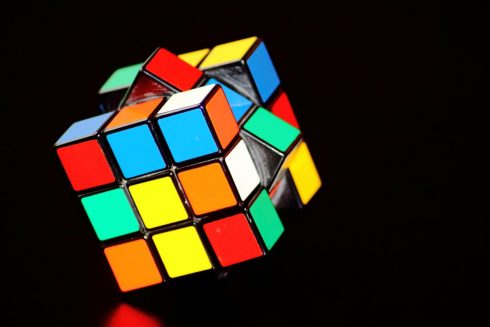 A deep learning algorithm created by researchers at the University of California Irvine (UCI) can solve Rubik’s Cubes faster than any human without any specific domain knowledge or in-game coaching from humans.

In a study, the researchers demonstrated that DeepCubeA solved 100 percent of all test configurations, finding the shortest path to the goal state about 60 percent of the time and completing the task in around 20 moves while it takes humans around 50 moves.

“Artificial intelligence can defeat the world’s best human chess and Go players, but some of the more difficult puzzles, such as the Rubik’s Cube, had not been solved by computers, so we thought they were open for AI approaches,” said senior author Pierre Baldi, UCI Distinguished Professor of computer science.

“The solution to the Rubik’s Cube involves more symbolic, mathematical and abstract thinking, so a deep learning machine that can crack such a puzzle is getting closer to becoming a system that can think, reason, plan and make decisions,” Baldi added.

“The challenge is operating this new layer without introducing a monolith that creates development chokepoints and central points of failure. That’s why we’re introducing managed federation; the tooling and infrastructure to implement and manage a data graph that’s operated by many different teams working together,” said Matt DeBergalis, CTO and co-founder of Apollo.

Apollo’s Data Graph platform includes tools and libraries for implementing a data graph layer on top of an organization’s API and services. This includes features such as federated service desk  that keeps a GraphQl API available for the apps that rely on it, managed service deployments that coordinate changes to a shared, distributed graph and comprehensive graph analytics.

The cloud supports the MOVEit Automation SaaS solution, which provides automation workflow capabilities without the need for scripting and MOVEit Transfer.

“With the latest release of MOVEit Dedicated Cloud, we’re addressing the needs of those customers with a keen focus on security, isolation, performance and predictability,” said John Ainsworth, SVP, Core Products, Progress.

“Through our updates to Ocular, we’re making it easier for developers and application security teams to automatically find flaws in their software not covered by traditional static application testing tools, said Manish Gupta,” CEO of ShiftLeft.