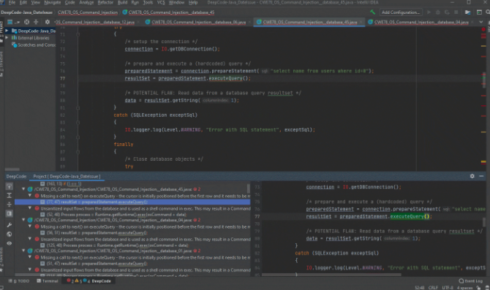 According to the company, it uses a new symbolic AI technique called Ontology to process hundreds of millions of commits in open source software projects and learns how to find serious coding issues. The platform also determines the intent of the code and not only the syntax mistakes.

Rust 1.44 released
Rust 1.44 is a small release, with ‘cargo tree’ integrated in Cargo itself and support for ‘async/await in no_std contexts’ as its highlights.

Rustdoc now allows you to specify ‘–crate-version’ to have rustdoc include the version in the sidebar.

Microsoft updates its PowerToys project
The release of PowerToys v0.18.2 fixes a problem when PowerToys was run elevated and a ripple effect with PowerToys Run then being elevated as well. It also fixes one of the major search result issues from the 0.18/0.18.1 release.

This release also added symbols being generated for added debugging ability. This release was built off ‘stable’ versus ‘master’ branch as well as the master branch has additional work being done.

AWS teams up with Slack on enterprise workforce
AWS and Slack joined forces to deliver tightly integrated, enterprise-grade tools as Slack expands its use of AWS.

Also, Slack will migrate its Slack Calls capability for all voice and video calling to Amazon Chime, AWS’s communications service that lets users meet, chat, and place business calls. “Together, AWS and Slack are giving developer teams the ability to collaborate and innovate faster on the front end with applications, while giving them the ability to efficiently manage their backend cloud infrastructure,” the companies wrote in a announcement.