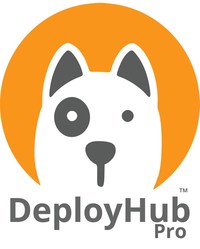 DevOps company DeployHub has announced the release of DeployHub SaaS, which is a hosted solution for application release automation. According to the company, DeployHub SaaS focuses on helping software teams achieve full continuous deployments in legacy and serverless data centers. “Our goal is to allow all software development teams to deploy software like Facebook, Amazon and Netflix,” said Tracy Ragan, CEO of DeployHub Inc.

The solution includes DeployHub Team and DeployHub Pro. In addition, it integrates with CD orchestration engines such as Jenkins, Bamboo, and GitHub.

Microsoft acquires AI company Lobe
Microsoft has acquired AI company Lobe in an effort to make AI more accessible. According to Microsoft, Lobe makes deep learning “simple, understandable and accessible to everyone.” It has a simple UI that empowers users to develop deep learning and AI models without needing to write any code.

“In many ways though, we’re only just beginning to tap into the full potential AI can provide. This in large part is because AI development and building deep learning models are slow and complex processes even for experienced data scientists and developers. To date, many people have been at a disadvantage when it comes to accessing AI, and we’re committed to changing that,” Kevin Scott, executive vice president and CTO of Microsoft, wrote in a post.

The company also added that it will be introducing additional functionality in upcoming releases to help teams make more informed decisions when encountering a merge conflict.