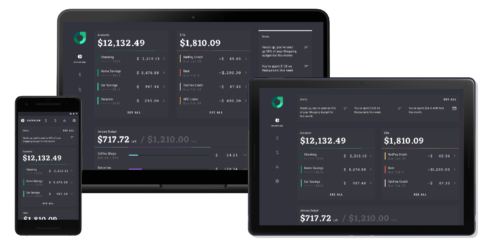 Google is working to drive higher engagement on larger screens, such as for Google Pixelbook Go and foldable devices such as the Samsung Galaxy Fold.

With Chrome OS’s upcoming M80 release, users will be able to deploy Android apps directly to their Chromebook. Google also enabled GPU support to reduce latency and to deliver a snappier UI. Chrome OS’s container-based architecture allows users to pack up your entire workspace and export it to external storage or Drive.

The full list of new capabilities from Google are available here.

With optional chaining, users can write code that can immediately stop running some expressions if it runs into a ‘null’ or ‘undefined.’

Nullish coalescing can be used as a way to “fall back” to a default value when dealing with ‘null’ or ‘undefined.’

The full list of new highly-requested features in TypeScript 3.7 RC is available here.

Firefox 70 released
Firefox 70 was released this week with new features such as secure password generation with Lockwise and a new Firefox Protection Privacy Report.

The full list of features in Firefox 70 and what developers need to know is available here.

GitHub’s education classroom report
GitHub announced this year’s Education Classroom Report, which showed that HTML, JavaScript and Python were the languages of choice for over 75% of students surveyed.

The report also found that 78% of teachers use README.md files during lessons, followed by pull requests at 60% and project boards at 51%.

“We conduct this survey as a way for GitHub to contribute to the technical education community, and share actionable takeaways for current students, teachers, and companies who want to hire recent graduates,” GitHub wrote in post.