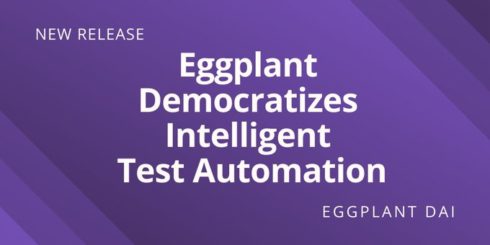 The new user interface brings together asset creation and editing, test definition, reporting, and advanced analysis into a unified experience, according to the company.

Other new additions to the platform include:

“We decided to bulk up our current controls with more functionality, and we also presented new features like our Xamarin Chat control,” said Daniel Jebaraj, CEO of Syncfusion. “Chatbots are increasing in popularity among our clients, so we’re excited to give developers a chat UI to help them meet that demand faster.”

It also includes significant updates to the Blazor Components library, Essential Studio for Xamarin.Forms and Flutter.

Pepperdata introduces Query Spotlight
Pepperdata announced the availability of Query Spotlight, which is designed to make it easy for operators and developers to understand detailed performance characteristics of their query workloads together with industry-wide issues.

“Queries represent more than 50% of the analytics workloads in today’s big data environments. Working closely with our customers we have identified key issues they face with queries in their deployments,” Pepperdata wrote in a post.

Google announces milestones for its bug bounty reward program
Google announced that it paid out over $6.5 million in rewards, doubling what the company has paid in a single year.

Android Security Rewards expanded its program with new exploit categories and higher rewards. The top prize is now $1 million for a full chain remote code execution exploit with persistence which compromises the Titan M secure element on Pixel devices. If found on specific developer preview versions of Android, the reward rises to $1.5 million.