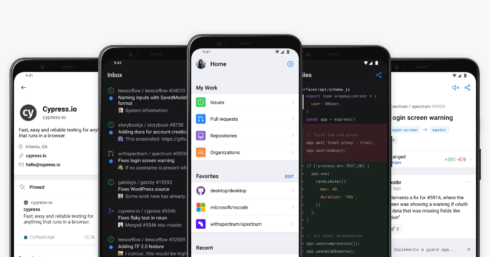 The beta for GitHub on Android is out now, allowing developers to review code, merge changes and collaborate with others anywhere. GitHub for mobile can be run on any phone running Android 5.1 or later.

“We’re making these tasks easier to complete while you’re on the go, with a fully-native experience. With GitHub for mobile, you have the flexibility to move work forward and stay in touch with your team, wherever you are,” GitHub wrote in a blog.

This beta was already launched for iOS at GitHub Universe 2019. The full details are available here.

Users can now modify profiles.json to have their own default profile settings. The terminal also allows users to modify the behavior of tab widths.

The full list of bug fixes is available here.

“With this new integration, developers can more easily find and fix vulnerable code without leaving the GitLab CI/CD pipeline,” said David Habusha the VP of product management at WhiteSource. “While security professionals can leverage their WhiteSource investment to advance their shift left and further automate risk policies within the Software Development Lifecycle (SDLC).”