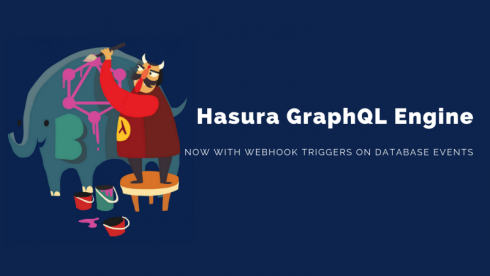 Hasura has announced that event triggers are now available in Hasura GraphQL Engine. This open-source capability is designed to enable developers to rigger serverless functions or webhooks whenever there is a change in the database. According to the company, some use cases that this will provide include creating push notifications that trigger when a new review is added; purging a CDN or cache to re-render static content; updating a search index when a product is inserted, updated, or deleted; or triggering asynchronous business logic.

“Hasura makes it easy for developers to close the loop between their serverless backends and their apps. When serverless functions running business logic are triggered, propagating information back to the end-user on say an app used to be a challenge. Hasura’s real-time GraphQL makes it easy for developers to do this without any effort. Developers can use realtime GraphQL to build reactive UX to go along with their async backends,” said Tanmai Gopal, co-founder and CEO of Hasura.

Beams provides a hosted service that can manage the device token lifecycle for both iOS and Android applications. It also provides Insights to help track delivery acknowledgement and open events. Finally, it will offer a Debug Console for troubleshooting issues in real-time.

“Notifications are the lifeline of an application, but managing the infrastructure behind the scenes is a headache,” said Jordan Harp, product manager at Pusher. “The well-kept secret of the push notification industry is that no one knows if your transactional notifications actually got delivered. Things like your ride-share driver arriving, a meeting reminder, or a bank transaction might arrive in time or get delivered late – there was no way of checking that. This is the problem we are solving for our customers.”

“Blockchain technology adoption is increasing at a rapid pace – with TechCrunch reporting blockchain jobs as the second-fastest growing in today’s labor market – leading to a shortage of professionals who are qualified to implement and manage it on an enterprise scale,” said Clyde Seepersad, general manager of training & certification at The Linux Foundation. “After seeing more than 100,000 students take our free introductory Hyperledger course, we knew it was time for more advanced training options, and certification exams to demonstrate the extent of professionals’ knowledge.”

Eggplant Performance for JMeter is a version of Eggplant’s load testing solution that can be used with JMeter Test Plants. According to the company, this solution adds “strong test composition, environment management, dynamic control, and result analytics to JMeter’s existing scripting capability.”