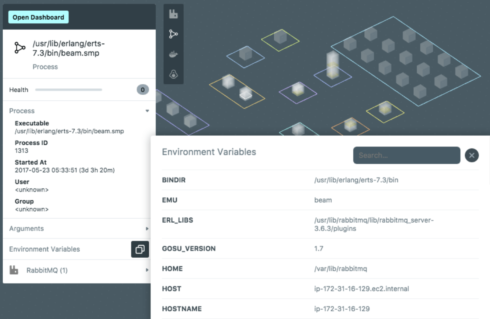 Instana announced that its APM solution will now automatically detect the root cause of process crashes with new abnormal termination detection built with eBPF.

“Instana’s new automatic crash detection and root cause analysis allows anyone involved with applications to see when and how a crash occurred so that it can be fixed, even issues that are difficult to troubleshoot, increasing the stability of applications and improving the end user experience,” said Chris Farrell, the technical director and APM strategist at Instana.

The new solution works out of the box on every technology and platform supported by Instana that runs on Linux machines or containers, working on kernels up to four years old.

“As we work with our SAP customers, we will continue to learn more about their needs and evolving our solutions. This helps ensure our leading APM capabilities meet current and emerging needs in and around their SAP landscapes, especially when it comes to providing Business Health for the key SAP processes and modules,” the company wrote in a post.

Grafana raises $50 million
Grafana stated that it will use the funding to accelerate R&D investments in open source logs, metrics, and composable observability.

The company also announced the Grafana Accelerator Program (GAP) to nurture early stage companies and side projects that are innovating in the wider Grafana ecosystem.

“Grafana Labs’ growth is a testament to one of our core missions of helping people unify and understand their data wherever it lives, giving them complete freedom in choosing their own observability strategy. This allows users to query data natively at its source in real time, rather than having to move, store and pay for data in yet another database,” said Raj Dutt, the co-founder and CEO of Grafana Labs.

Apache weekly update
Last week saw the release of Apache Kafka 2.5.1 and 2.6.0. Version 2.6.0 offers new features such as the ability to warm up new KS instances before migrating tasks, adding the KStream#repartition operation and making the SSL context/engine configuration extensible.