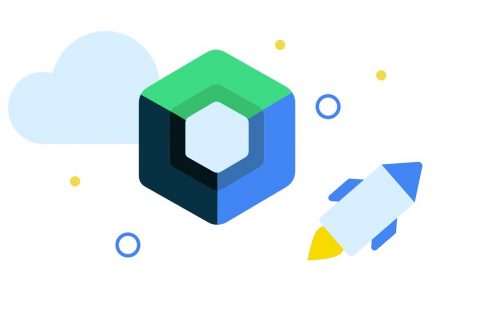 JetBrains today announced the release of Compose Multiplatform Alpha, an extension to the Jetpack Compose UI framework that allows developers to build Android, desktop, and web apps from a single codebase.

Compose Multiplatform features a stable API that developers can rely on to begin developing production-level apps and now supports Linux on both x86 and ARM CPUs in addition to macOS and Windows.

“We at JetBrains wanted to provide developers with a truly multiplatform development experience that would allow them to leverage familiar modern technologies everywhere,” said Nikolay Igotti, the lead for Compose at JetBrains. “Strong engineering team and our collaboration with Google, have finally enabled us to achieve that.”

The platform was built to improve efficiency, effectiveness, and compliance for AI projects in large enterprises and AI startups alike.

“The rapid growth of the Spell user community is a gratifying validation of our vision for democratizing deep learning through a comprehensive, transparent platform for enabling and accelerating the successful adoption of advanced AI across a broad range of industries and use cases,” said Serkan Piantino, CEO and co-founder of Spell.

With Blueprint, process owners and subject matter experts (SMEs) define the high-level process and Blueprint Task Capture collects the critical low-level task details that are the most crucial and labor-intensive part of any process automation, according to the company in a post.

The tool was built to empower citizen developers, eliminate manual work, and provide users with a data-driven approach that automatically transforms process info into automation.

The Presto company Ahana announced that it has raised $20 million in a Series A funding round to transform open data lake analytics.

With the investment, Ahana will further accelerate engineering and contributions to the open-source community, as well as expanding its go-to-market teams.

“From day one Ahana has focused on delivering the easiest Presto managed service for open data lake analytics in the cloud, giving data platform teams the ability to provide high-performance SQL analytics on their S3 data lakes,” said Steven Mih, co-founder and CEO of Ahana.

Several projects have already been created using CompreFace including Double Take, which is a unified UI and API for processing and training images for face recognition, BabyMatch, and Strangers Recognition System.

The Continuous Delivery Foundation (CDF) announced that Shipwright, the framework for building container images on Kubernetes is now an incubating project.

With it, which is built on top of Tekton, users can declare and reuse build strategies to build container images.

“Joining the CDF is an important milestone for the Shipwright community. As a co-founder of Tekton, one of the founding projects of the CDF, I believe that CDF is the right place for Shipwright to get to v1 and, more importantly, to grow beyond that,” said Jason Hall, Red Hat Senior Principal Software Engineer and Shipwright contributor. “We believe Shipwright will become an important tool in the continuous delivery ecosystem. Shipwright tries to do one thing well: build container images. It’s not a swiss army knife, it’s a hammer.”