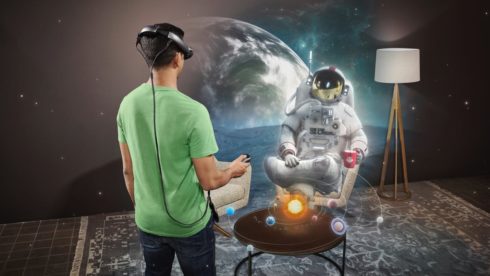 Magic Leap announced Access Hardware, a new program to get Magic Leap devices into the hands of developers, and the two-day LEAP Developer Days dedicated to developers.

“Access is the staple of our programs as a whole – it’s how we help empower developers with resources they need, no matter where they are in their development journey with Magic Leap, so they can build whatever they dream up,” Magic Leap wrote in a post.

Magic Leap added that it will be unveiling programs to support enterprise-focused developers and agents in connecting with customers and clients.

WhiteSource Prioritize scans open-source components with known vulnerabilities and assesses their security impact. According to the company, the solution can detect whether a developer’s proprietary code is making calls to the vulnerable portion of the open-source component.

“Customers who have already upgraded to WhiteSource Prioritize report that their developers no longer need to spend as much time dealing with all of the security alerts in their systems; instead, they now move confidently and swiftly through a validated remediation process and save precious development hours,” said David Habusha, WhiteSource’s VP of products.

Deep Instinct raises $43 million for deep learning cybersecurity
Deep Instinct said the funding will be used to accelerate sales and marketing and to support the expansion of business operations globally.

“The economic impact of repairing a breach is too high to ignore the need to prevent threats before they occur. The message to the market is that to fight today’s cyber threats true prevention will become more critical than detection and response.” said Lane Bess, the chairman of Deep Instinct.

Deep Instinct uses a patented deep learning platform trained to identify and prevent first-seen, sophisticated and advanced cyber threats. Threats are prevented anywhere within the enterprise from any type of file-based or file-less cyber attacks.

This includes two initiatives: DEV4ALL, a portfolio of initiatives aimed at making low-code development easier; and GOLEM, a project to automate programming to revolutionize app development.