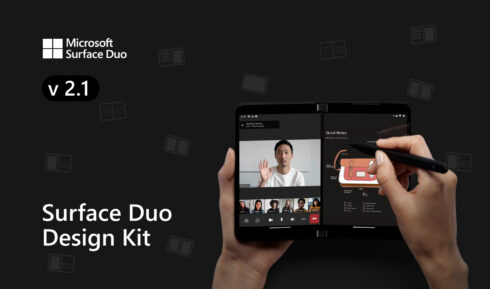 Microsoft recently announced the release of Design Kit v2.1, a set of updates to the design system kit that allow users to create dual-screen and foldable experiences for Microsoft Surface Duo and Surface Duo 2 in Figma.

With this, users can start creating wireframes and mockups for Surface Duo and Surface Duo 2 by taking the Figma frame and placing their components inside of them. Surface Duo 2 has a taller frame height and slimmer hinge than Surface Duo due to its curved display. In addition, the curved display runs across the glance bar in the hinge, enabling users to view notifications when the device is closed.

Imply, an organization founded by the creators of Apache Druid, recently announced the release of Project Shapeshift, bringing developers and organizations a Druid experience that reimagines the process of building modern analytics applications. With this, a series of capabilities will be released throughout the next year in order to transform the Druid experience to better fit a cloud-native, developer-centric world.

This announcement came at Druid Summit and was given by an original creator of Apache Druid and Imply co-founder and CTO, Gian Merlino. The focus of Project Shapeshift is built upon three pillars: cloud-native, simple, and complete.

With this, the Druid experience will be simplified and the architecture will be extended to become an end-to-end solution for modern analytics applications. This architecture expansion will also include introducing a new multi-stage, decoupled query layer integrated with the core Druid database engine.

Kyndryl, an IT infrastructure services provider, and Microsoft today announced their strategic partnership to combine their capabilities in service of enterprise customers. This comes as Kyndryl’s first deal since becoming an independent public company.

In addition, core to the partnership will be a heavy focus on creating new solutions for customers and programs to advance skills. With this, a co-innovation lab will be established in order to develop and bring to market new customer capabilities built on Microsoft Cloud. Microsoft will also be establishing the “Kyndryl University for Microsoft” to scale skills for Kyndryl professionals.