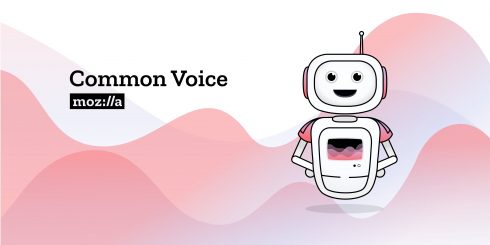 In recent months, Mozilla has also announced three Common Voice fellows, a $3.4 million investment to fuel work in East Africa, and a partnership with NVIDIA.

“By giving individuals the ability to share their speech, we can help ensure all communities have access to voice technology and the opportunity it unlocks,” said Hillary Juma, the Common Voice Community manager.

The recent investment brings Dataiku’s total valuation to $4.6 billion and the company said it will use the funding to systemize the use of data for exceptional business results.

Dataiku enables companies to leverage one end-to-end platform to design, deploy, and manage AI and analytics applications, and facilitates using prebuilt components and automation wherever possible.

“Organizations that use Dataiku elevate their people – whether technical and working in code, or on the business side and low- or no-code – to extraordinary, arming them with the ability to make better day-to-day decisions with data,” said Florian Douetteau, the co-founder and CEO of Dataiku. “This latest round of funding is a proof point that everyday AI is the future, and we’re excited to help many more companies realize its benefits.”

The team at Parallel Agile announced a new version of CodeBot, a low-code MERN stack application generator, which connects screens to databases and provides an extensive library of UI components.

“Fundamentally, the benefits of an agile approach to development derive from running a feedback-driven project, where there are no long delays before working software can be tried out by project stakeholders,” said Doug Rosenberg, the CEO of Parallel Agile. “CodeBot’s ability to generate and deploy a working application in a few minutes compresses sprint time from a couple of weeks to a couple of hours – and faster iterations enable the project to be more feedback-driven.”

Microsoft announced that it is expanding its support for the Eclipse Foundation AISBL as a Strategic Member.

“Microsoft is committed to Java developers and the health of the Java ecosystem, actively participating in Eclipse Adoptium (formerly AdoptOpenJDK) and other projects,” Stephen Walli, the principal program manager at the Azure Office of the CTO, wrote in a blog post.

Microsoft is interested in participating in new Eclipse Foundation projec.ts such as Eclipse Dataspace Connector and Eclipse Tractus-X.

Checkmarx announced that it is acquiring Dustico, a SaaS-based solution that detects malicious attacks and backdoors in open source software supply chains.

Through the acquisition, Checkmarx will combine its AST capabilities with Dustico’s behavioral analysis technology to offer customers a unified view into the risk, reputation, and behavior of open-source packages.