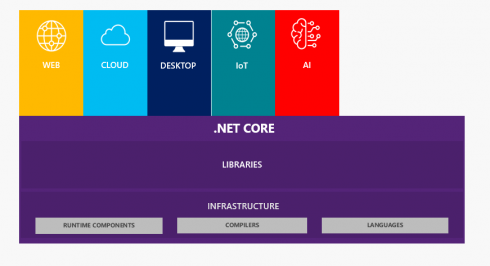 Microsoft announced .NET Core 3.0 Preview 7, reducing the .NET Core SDK size dramatically for Linux and macOS, according to Microsoft. The improvement for Windows is smaller because the team added WPF and Windows Forms as part of .NET Core 3.0.

“The .NET Core 3.0 release is coming close to completion, and the team is solely focused on stability and reliability now that we’re no longer building new features,” Microsoft wrote in a post.

“Managed File Transfer is an extremely important technology for any business investing in IoT and digital transformation,” said John Ainsworth, SVP for core products for Progress. “Our goal is to keep driving this technology forward with the support, engineering and innovation that comes with a company of our size and scope.”

The Test Automation University was created to improve test automation skill sets for test engineers and developers and launched its first course in January this year, according to a post by Applitools.

“In looking at the failure rate of test automation initiatives globally, we realized that there was a great need to build a centralized learning platform and a community for test automation engineers,” said Raja Rao DV, director of content and growth at Applitools and head of TAU. “What we’ve seen is the creation of an ecosystem where conversations and collaboration can occur freely and openly.”

Snyk acquires DevSecOps conference
Security company Snyk announced the acquisition of DevSecCon. Snyk and the DevSecCon team are planning six global conferences in the next year and it will be run as a non-profit event moving forward, according to the company.

“Developers are taking on real security responsibility much earlier in the software development process and look to collaborate with peers to do it right. This makes the DevSecCon conferences and broader DevSecOps community increasingly important to modern development and security teams, helping us to collaborate and learn together,” said Guy Podjarny, president and co-founder of Snyk.

At the events, attendees will learn about DevSecOps through hands-on training on topics such as security as code in the development process, how to ensure secure continuous delivery and the automation of security processes.

Lyft unlocks its self-driving dataset
Lyft is publicly-releasing Level 5 Dataset, which has been in the works for the last two years and includes over 55,000 human-labeled 3D annotated frames, a drivable surface map, and an underlying HD spatial semantic map to contextualize the data.

Through releasing the dataset to the public, Lyft explained it wants to help level the playing field for all researchers interested in autonomous technology.

“This dataset allows a broad cross-section of researchers to contribute meaningfully to downstream research in self-driving technology, and this is only the first step,” Lyft wrote in a post.

Through this, Lyft aims “to build the world’s best transportation and offer a viable alternative to car ownership.”

Microsoft releases Threat Protection with support for iOS and Android