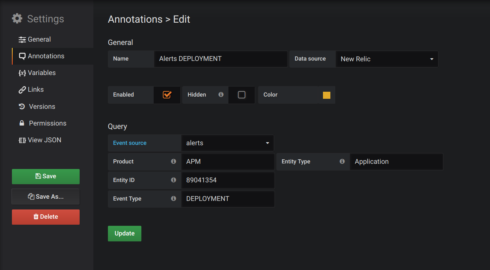 New Relic and Grafana Labs are teaming up on open instrumentation. The news comes after New Relic announced a new focus on observability. The partnership will allow developers to see operational data in one place and to break down data silos.

“We believe that the post-COVID world will see an increase in distributed work in all industries, and we want to lead this for ourselves and our customers. Our products help teams collaborate from anywhere, and our practices and learnings can help usher our customers into the future of work with us,” said Scott Farquhar, the co-CEO of Atlassian. “But we can’t coach from the sidelines, we need to walk the walk – one mile in front of our customers. We need to run into the obstacles before they do, and clear them by building world-class solutions.”

Atlassian plans to use the TEAM Anywhere model to seek out talent outside of the bounds of its offices, allow employees to customize routines that work best for their personal and professional lives, and to innovate around teamwork tools.

Linux 5.8 rc-1 released
The Linux working group stated that 5.8 looks to be one of the project’s biggest releases of all time, including a lot of fundamental core work and cleanups, as well as filesystem work and driver updates.

Within the 5.8 merge window, about 20% of all the files in the kernel source repository have been modified.

IntelliCode suggestions in Visual Studio
IntelliCode spots repetitions and suggests other places in code in which users can apply that same change.

Using PROSE (PROgram Synthesis by Example), IntelliCode synthesizes generalized edit scripts that take your code from the “before editing” state to the “after.”

In both the lightbulb and by hovering over the affected code, IntelliCode offers actions to apply the suggestion.

Apache also found that the top 5 most active Apache projects over FY2020 were, in order: Apache Kafka, Hadoop, Lucene, POI, and ZooKeeper.

Additional details on news from Apache are available here.