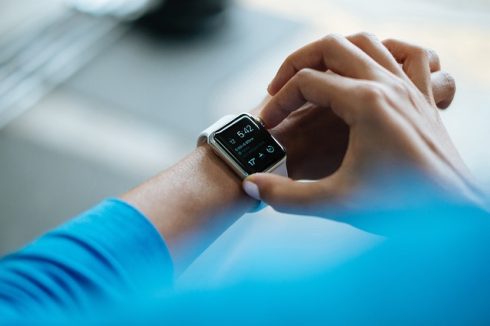 The researchers went on to explain the way the authentication would work in the real-world is by implementing it on a application installed on the wearable device. “Push messages would prompt the device to record and decode speech sounds played by the browser. When a user attempts to log in, the browser of the primary device, such as a PC terminal, laptop, smartphone or tablet, plays back a short random code encoded into human speech, and the login succeeds if the watch’s audio recording contains the same code and is similar enough to the browser’s audio recording. The speech is decoded using voice recognition technology,” according to the method’s announcement.

Linux 4.19-rc1 released
The latest release of Linux was announced over the weekend. According to Linus Torvalds, this was a frustrating merge window because of the L1TF hw vulnerability and TLB shootdown bug report.

“There’s just a lot of things going on, and while this isn’t the biggest release we’ve had (4.9 still keeps that crown), this does join 4.12 and 4.15 as one of the bigger kernel releases, at least just judging by number of commits in the merge window,” Torvalds wrote in an email. “The ‘big picture’ of the merge window looks pretty normal: just under two thirds of the changes are to drivers (gpu and network drivers being the bulk – as usual), with the rest being architecture updates (all the usual suspects), filesystems, core kernel and networking. There’s a fair chunk of documentation and tooling updates too (selftests, tracing, perf..).”

“The title of this review was carefully chosen, not glibly.  I want what is best for VR and all other technologies on the Reality–Virtuality Continuum, Magic Leap included.  Unfortunately, their current offering is a tragedy in the classical sense, even more so when you consider how their massive funding and carefully crafted hype sucked all the air out of the room in the AR space.  It is less of a functional developer kit and more of a flashy hype vehicle that almost nobody can actually use in a meaningful way, and many of their design decisions seem to be driven by that reality. It does not deliver on almost any of the promises that allowed them to monopolize funding in the AR investment community,” he wrote in a blog post.

Of course, having founded his own VR company, Luckey is biased, but some of his reviews include complaints about the operating system, computer headset and controller.