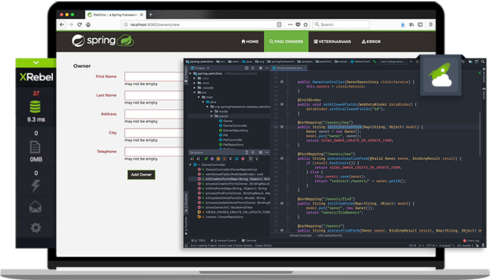 Perforce announced a new combined plugin that will allow Java developers to use JRebel productivity and performance tools in Eclipse IDE. According to the company, packaging JRebel and XRebel will help developers accelerate the time to market for high performance Java applications.

JRebel is a Java plugin that allows developers to skip redeploys during development and XRebel helps developers trace transactions end-to-end in distributed applications.

“By saving money with a free IDE like Eclipse, development teams can start looking at other ways to improve productivity,” said Curtis Johnson, the product manager for JRebel and XRebel, “The JRebel/XRebel plugin for Eclipse offers a streamlined, high-ROI option.”

The Preview 6 SDK now includes support for Windows Forms and Microsoft said it is still working on adding support for WPF on Windows ARM64.

ASP.NET Core and EF Core are also being released today. Additional details on all of the recent releases are available here.

They are also warning developers not to use this version in production, but instead to test the version and report any issues found in the bug reporting system.

With much higher energy efficiency, the use of ARM64 can drastically reduce the cost of data centers and extend the battery life of personal devices, according to Microsoft.

An Early Access binary of the port is available via Microsoft’s GitHub project.

Google releases ARCore DepthAPI
The Depth API is available in ARCore 1.18 for Android and Unity, including AR Foundation, across hundreds of millions of compatible Android devices.

A key capability of the Depth API is occlusion –  the ability for digital objects to accurately appear behind real world objects.

While depth sensors, such as time-of-flight (ToF) sensors, are not required for the Depth API to work, having them will further improve the quality of experiences.