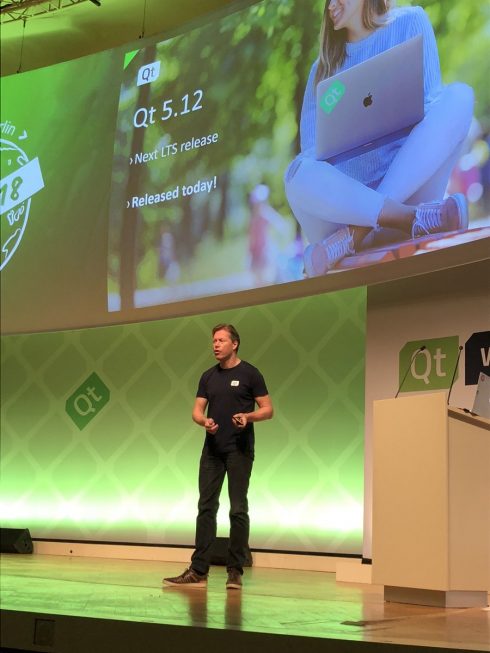 “Due to the ever-changing market demands created by the instant connectivity of the IoT, design and performance have become two of the most important attributes of today’s apps and devices,” said Lars Knoll, CTO of The Qt Company. “This is also true of apps and devices outside of the IoT and IIoT, so developers need a highly robust development framework that enables them to quickly and easily design and build branded UIs for the apps and devices.”

Google Play to discontinue updates for API 14 and 15
Google Play will no longer be putting resources into old platforms and APIs with low usage. The company announced that while SDK components may continue to support API levels 14 and 15, many will update to a higher API level. As a result, API level 16 will be the minimum supported API level.

“The Android Ice Cream Sandwich (ICS) platform is seven years old and the active device count has been below 1% for some time. Consequently, we are deprecating support for ICS in future releases of Google Play services. For devices running ICS, the Google Play Store will no longer update Play Services APK beyond version 14.7.99,” Sam Spencer, technical program manager for Google Play, added in a blog post.

Sawtooth is a modular platform designed for the creation and deployment of distributed ledgers. Full release notes are available here.

Linux Foundation and Coursera announce new developer courses
The Linux Foundation is providing new course materials focusing on open-source software development, Linux and Git with the help of Coursera. The new courses will be a part of a 4-course specialization and will go over how to be successful within open-source development communities, how to understand and use Linux environments, and how to use Git.

”Coursera has a fantastic track record of making quality training programs accessible to individuals all around the world, and we are thrilled to partner with them on this new specialization,” said Linux Foundation general manager of training & certification Clyde Seepersad. “Open source continues its dominance in software development and technological innovation, and providing opportunities to access this type of training will be hugely beneficial to individuals who have previously only worked on proprietary products.”