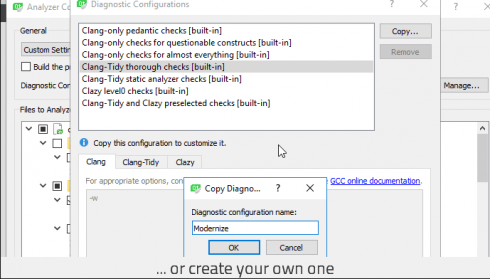 Qt Creator 4.7.0 and Qt for Python is now available.

Qt Creator is a cross-platform C++, JavaScript and QML IDE. The latest release features C++ support with the Clang code model being turned on by default. “It made huge progress during the last releases, and at some point we need to do this switch. The built-in model cannot keep up with the developments in the C++ language, nor with the development of the available tooling around it,” the team wrote in a post.

In addition, the Clang code model features improved information about code issues, and it has been updated to Clang 6.0. Other features include test integration will now mark the location of failed tests, Windows Hosts issues have been addressed, and kit options now have their own top-level entry.

The technical preview of Qt for Python is now available for the Python Package Index (PyPi). “For the past technical preview release, we were still discussing with the PyPi people to be able to upload our wheels to their servers, but now everything is in order, and you can get the PySide2 module,” the company wrote in a post.

The Future of Life Institute has made a pledge to not create machines that make “life-taking decisions.” The institute was designed to support research, but also safeguard life as new technologies and challenges arise.

“Artificial intelligence (AI) is poised to play an increasing role in military systems. There is an urgent opportunity and necessity for citizens, policymakers, and leaders to distinguish between acceptable and unacceptable uses of AI,” the Furust of Life Institute wrote in a post.

Other tech companies and leaders who have signed the pledge include: Google Deepmind, Elon Musk, Ripple VC, Allied Strategy, The School of Robotics, Element AI and Demis Hassabis. “We, the undersigned, call upon governments and government leaders to create a future with strong international norms, regulations and laws against lethal autonomous weapons,” the institute wrote.

“FAIR relies on open partnerships to help drive AI forward, where researchers have the freedom to control their own agenda. Ours frequently collaborate with academics from other institutions, and we often provide financial and hardware resources to specific universities. It’s through working together and openly publishing research that we’ll make progress,” Yann LeCun, chief AI scientist, wrote in a post.

Microsoft teams up with National Geographic

Microsoft is making a new artificial intelligence partnership with National Geographic. As part of collaboration, the organizations will explore and research critical environmental challenges and how AI can be applied to solve them.

“National Geographic is synonymous with science and exploration, and in Microsoft we found a partner that is well-positioned to accelerate the pace of scientific research and new solutions to protect our natural world,” said Jonathan Baillie, chief scientist and executive vice president, science and exploration at the National Geographic Society. “With today’s announcement, we will enable outstanding explorers seeking solutions for a sustainable future with the cloud and AI technologies that can quickly improve the speed, scope and scale of their work as well as support National Geographic Labs’ activities around technology and innovation for a planet in balance.”

As part of its mission to merge the digital and physical worlds, Niantic has announced it is acquiring Seismic Games. Seismic Games is known for its Star Wars: Battlefront, and Marvel: Strikeforce games.

“Seismic will continue to see through its existing slate of titles in development as it transitions into building all new AR experiences with Niantic,” Niantic wrote in a post.