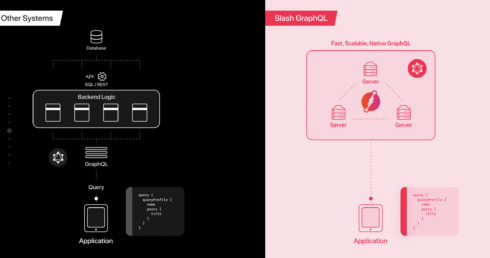 According to the company, SlashGraphQL features custom logic and access to remote HTTP endpoints, the ability to run graph queries, integration with remote GraphQL servers, and more.

“Dgraph is unique: it’s the only native GraphQL database. It doesn’t run on top of another database like PostgreSQL or MongoDB. We’ve engineered a database that stores and distributes data in the most optimal way for executing GraphQL traversals, joins, and retrievals,” DGraph wrote in a post. “With that, Dgraph natively parses and executes GraphQL, achieving great performance and scale.”

Snyk closes $200 million series D round of funding
Snyk plans to use the latest investment to accelerate its vision for a comprehensive developer-first security measure that includes open-source security, container security, and the recently launched infrastructure as code security.

“Since early 2020 we’ve seen dramatic acceleration of digital transformation fueled by the pandemic that now requires both application development speed and security,” said Peter McKay, the CEO of Snyk. “The result has been companies turning to Snyk to enable security at scale by giving their development teams the security intelligence, automated workflows and visibility into mitigating risk faster and more easily.”

With the new round of funding, Snyk’s valuation has surpassed $2.6 billion, the company explained.

Storage-Attached Indexing is a robust and powerful index in Apache Cassandra, making the open-source, scale-out, cloud-native NoSQL database more usable, according to DataStax.

“Developers require a simple experience to leverage the power of Apache Cassandra for application development. Apache Cassandra is the proven open-source, NoSQL database of the internet’s largest applications and hardened by the world’s top enterprises,” DataStax wrote in a blog post.

The GPL Cooperation Commitment is a means for copyright owners in GPL code to provide opportunities for their licensees to correct errors in compliance with software licensed under the GPLv2 family of licenses before taking action to terminate the licenses.