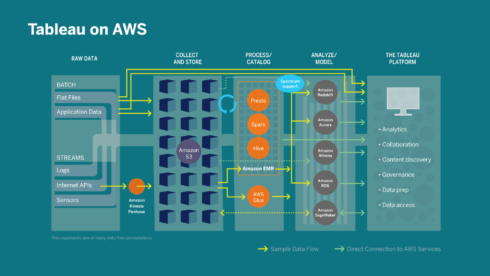 According to the company, MCA leverages analytics and cloud expertise and taps the resources and technical knowledge of their partner networks to provide a blueprint for migrating analytics to the cloud.

MCA builds upon existing integrations between Tableau and AWS — including native data connectors to services like Amazon Redshift and Amazon Athena as well as AWS Quick Start deployment guides.

“We’re bringing the latency of distributed transactions closer to the theoretical minimum, continuing to bolster the resilience and reliability of our enterprise and open core product, and we’re making CockroachDB easier to use than ever before,” the company wrote in a post.

The company also launched Cockroach University, a free online learning tool for developers and architects on how to work with distributed databases and CockroachDB’s functionality.

.NET Jupyter Notebooks are now available with the option to create a C# or an F# notebook.

“Jupyter Notebooks has been a significant player in the interactive development space for many years, and Notebooks have played a vital role in the continued popularity of languages like Python, R, Julia, and Scala,” Microsoft’s Scott Hanselman said. The full details on what’s available in .NET Jupyter Notebooks can be viewed here.