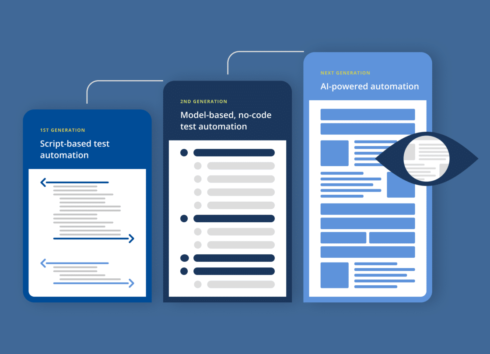 Tricentis has announced its vision for the next-generation of AI-powered test automation. Vision AI is a test design and automation solution which allows organizations to address the needs brought about by the increasing prevalence of cloud-native and enterprise application platforms, according to the company.

Vision AI is also now the core technology that will power Tosca and it automatically recognizes and identifies visual user interface elements and controls across any form factor the same way humans do to aid in the automated generation of robust test cases.

“The introduction of Tricentis’ next generation AI technology will allow organizations to deliver innovation faster and at lower costs, while also rapidly modernizing and transforming their application landscape to bring more value to the business,” said Sandeep Johri, the CEO of Tricentis.

NetBSD 9.1 released
NetBSD is an open-source Unix-like operating system. The new release offers a selected subset of fixes deemed important for security or stability reasons, as well as new features and enhancements.

The full list of new features and enhancements is available here.

“We recognize that porting .NET Framework applications to .NET Core is a broad problem space and we want to encourage community users to share and use the growing knowledge base around best practices in porting .NET applications via recommendations,” AWS wrote in a post.

“We built MariaDB SkySQL to reduce the complexities introduced by first-generation cloud databases,” said Michael Howard, CEO for MariaDB Corporation. “The current landscape requires a smorgasbord of cloud services to get a single job done – AWS RDS for simple transactions, Aurora for availability and performance, Redshift for cloud data warehousing and Google Spanner for distributed SQL. SkySQL gives you all these capabilities in one elegant cloud database that delivers a consistent MariaDB experience regardless of the way you deploy it.”