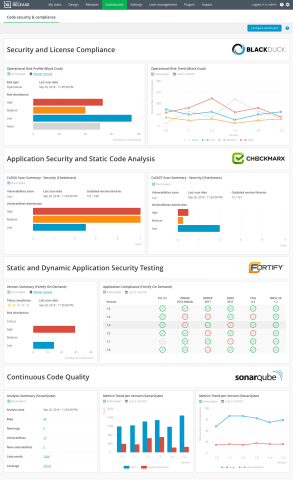 XebiaLabs has launched a new security and risk assessment solution for enterprises. The new solution features enhanced chain of custody reporting, a new security risk dashboard for software releases, and new at-a-glance compliance overviews. According to the company, this will help organizations track app release status and understand security better.

“To effectively manage software delivery at enterprise scale, DevOps teams need a way to accurately manage and report on the ‘chain of custody’ and other compliance requirements throughout the software delivery pipeline,” said Derek Langone, CEO of XebiaLabs. “It’s also vital for them to have visibility into the risk of release failures or security issues as early in the release process as possible. That’s when development teams can address issues the quickest without impacting the business.”

“We have identified almost 40 open source feature flagging libraries in the market, but they lack comprehensive feature sets and are not well-maintained,” said Trevor Stuart, co-founder and president at Split. “We’re excited to introduce the first managed feature flag service for free, allowing development teams to take advantage of our industry leading feature flagging technology, and focus on innovation, while eliminating the need to build solutions in-house.”

Google reminds developers of its SMS/Call Log policy changes
Google is reminding developers that it is removing apps from the Play Store that ask for SMS or Call Log permission. Developers were notified of this and given 90 days to remove the permissions or submit a permissions declaration form to enable further review.

“We take access to sensitive data and permissions very seriously. This is especially true with SMS and Call Log permissions, which were designed to allow users to pick their favorite dialer or messaging app, but have also been used to enable many other experiences that might not require that same level of access. In an effort to improve users’ control over their data, last October we announced we would be restricting developer access to SMS and Call Log permissions,” Paul Bankhead, director of product management at Google Play, wrote in a post.