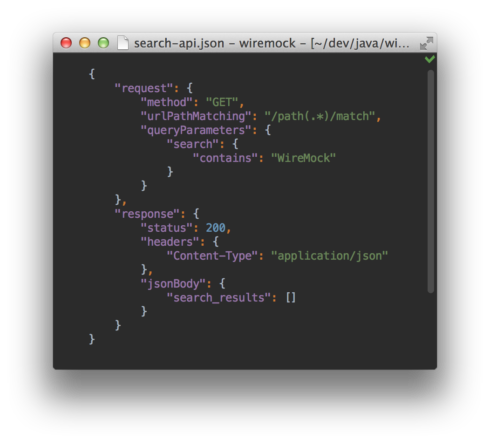 WireMock is a simulator for HTTP-based APIs that enables users to stay productive when an API that one depends on doesn’t exist or is incomplete. It supports the testing of edge use cases and failure modes that the real API won’t reliably produce.

The company behind the project, MockLab, was recently acquired by UP9. The rapid growth of microservice adoption and the booming API economy grew the popularity of WireMock to 1.6 million monthly downloads.

“The number of APIs created every day is growing exponentially. Developers need tools to ensure the reliability and security of their APIs, while still staying productive,” said Alon Girmonsky, CEO and co-founder of UP9. “WireMock is a significant player in the API economy, and by combining it with UP9’s existing API monitoring and traffic analysis capabilities, modern cloud-native developers can now develop faster and find problems quicker.”

Users can run WireMock from within their Java application, JUnit test, Servlet container, or as a standalone process.

WireMock is distributed via Maven Central and can be included in your project using common build tools’ dependency management.

“With the rise in popularity of microservices along with supplier, partner and cloud APIs as essential building blocks of modern software, developers need tools that help manage the complexity and uncertainty this brings,” said Tom Akehurst, creator of WireMock and CTO of UP9. “WireMock allows developers to quickly create mocks (or simulations) of APIs they depend on, allowing them to keep building and testing when those APIs haven’t been built yet, don’t provide (reliable!) developer sandboxes, or cost money to call. It simulates faults and failure modes that are hard to create on demand and can be used in many environments, from unit test on a laptop all the way up to a high-load stress test.”