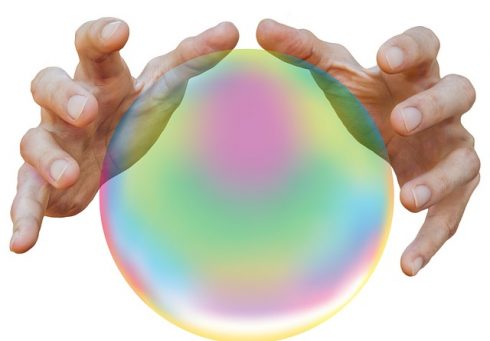 Thought leaders weigh in on what we can expect from the software development industry in 2019:

Abby Kearns, executive director at Cloud Foundry Foundation
2019 will be a year of consolidation in the cloud ecosystem, from startups to publicly traded companies. The recent enormous acquisitions we’ve seen across the industry – such as IBM and Red Hat, Microsoft and GitHub, and most recently VMware and Heptio – are the latest confirmation of one thing: open source continues to be the driving force behind innovation for companies of all sizes. In 2019, we’ll see a deeper investment in open source technologies to power innovation, new entrants, and more exits across the entire cloud ecosystem.

Tomer Shiran, co-founder and CEO of Dremio
Data-as-a-Service is the next evolution in analytics. We are now 10 years into the AWS era, which began with on-demand infrastructure billed by the hour, and has now moved up through the entire stack to include full applications and every building block in between. Now companies want the same kind of “on-demand” experience for their data, provisioned for the specific needs of an individual user, instantly, with great performance, ease of use, compatibility with their favorite tools, and without waiting months for IT. Using open source projects, open standards, and cloud services, companies will deliver their first iterations of Data-as-a-Service to data consumers across critical lines of business.

Chris Huff, chief strategy officer at Kofax
RPA products will continue to focus on unstructured data: Vendors will align with the macro shift of moving from data collection to data analysis, which will drive a focus on Cognitive Capture, NLP and AI algorithms to transform unstructured data into structured data that can be scored and delivered back to the enterprise to support improved decision-making.

Companies [will] begin to create formal RPA roles: RPA at scale requires new roles such as Bot Trainer, Bot Developer and RPA Manager, largely filled with existing employees who have been upskilled. Companies will also begin to market their automation programs in recruiting efforts to attract talent.

Mark Levy, director of strategy at Micro Focus
2019 AI and machine learning will converge with automation and will revolutionize DevOps

As DevOps practices focus on increasing operational efficiency, this upcoming convergence of ML, AI and automation will present a significant advantage for companies utilizing DevOps. New and adaptive automation systems will give companies a competitive edge as teams following DevOps practices will be able to make real-time decisions based on real-time feedback.

Laurie Voss, co-founder and COO of npm Inc.
Developers will need to learn GraphQL. It might be too early to put GraphQL into production, especially if an organization’s API is already done, but 2019 is the year to get up to speed on the concepts of GraphQL. There’s a good chance developers will be using them in new projects later in 2019 and beyond.

Murli Thirumale, co-founder and CEO of Portworx
AI and automation will change the economics of IT. Much of DevOps is still driven by people, even if the infrastructure itself is becoming programmable. But data volumes are growing so fast and applications evolving so quickly, the infrastructure must be nimble enough that it doesn’t become the bottleneck. We’ve already replaced many storage and network admins. In 2019, infrastructure will become increasingly programmable, and AI-based machines will predict storage and compute needs and allocate resources automatically based on network conditions, workloads and historical patterns.

Mark Troester, VP of strategy at Progress
While traditional low-code vendors will attempt to re-architect their monolithic platforms, they will be disrupted by high productivity platforms that are designed to be cloud-native with support for serverless and microservices.  Combining serverless and low-code will allow organizations that are under extreme pressure to meet the demands of consumer-grade multi-channel experiences with existing JavaScript developers.

Derek Choy, CIO for Rainforest QA
All job interviews for developers will include a question about security experience: Developers who have job interviews next year will see a new question added to the usual list. For the first time, we will see virtually all businesses incorporating questions about security in coding. Engineers applying for jobs should highlight this experience to increase their chances. Deep security knowledge won’t be a requirement for all roles, but DevOps managers will increasingly prioritize those with security experience when they make their hiring decisions. The issue is simply too critical to ignore.

Lubos Parobek, VP of product for Sauce Labs
Headless makes headway: With continuous testing now virtually a requirement for teams to deliver quality apps at the speed their users demand, testing will continue to be pushed as far to the left as possible, giving developers feedback as soon as they finish coding a component. This instant feedback improves developer productivity, as it’s much easier to address bugs in code that was just written than in code written hours or days before. Unfortunately, traditional cross-browser testing clouds often can’t meet the volume, frequency, and speed requirements necessary for these early stage testing use cases. Enter headless testing, which combines new technologies such as headless browsers and containers to give developers instant access to fast and reliable test results at a cost-effective price point by. In 2019, we’ll see a marked increase in the popularity of this transformative infrastructure approach.

Mike Hendrickson, VP of technology & developer products at Skillsoft
Agility: Organizations that cannot become more agile will perish, like the metaphorical dinosaurs that depict their eventual fate. Similar in fate to Sears who had a presence in virtually every community yet is well on its way to becoming extinct because it could not adapt to change caused by digital competition fast enough. Virtually every industry has examples of companies that are struggling to hold onto their command and control of business due to a lack of agility.

Christian Wright, chief product officer and executive GM at SmartBear
2019 is the year that the shift left promise is fulfilled, not by development organizations but by QA professionals. While we have seen an increase in the number of engineers doing testing, QA teams remain essential. This is the year that quality jumps left and takes a more proactive role in establishing quality-based initiatives such as BDD, API-design, and service virtualization. By rising to the challenge, QA teams will become force multipliers for Agile and DevOps organizations.

Monte Zweben, CEO of Splice Machine
New logos for Hadoop adoption dwindles and growth of existing Hadoop clusters grinds to a halt. Data lakes have largely failed. At a recent CDO conference, 90% of a session of CDOs report they have implemented a data lake but only 40% state they are getting value. The reason is that that Hadoop is really hard to operationalize and most first attempts just dumped data onto a lake and did not curate it or think about how to use it operationally. As a result, people return to SQL. The success we see plus others such as AWS and Snowflake demonstrate this return to industry-standard SQL.

Phil Odence, general manager of Black Duck On-Demand at Synopsys:
In 2019, companies will start to become sensitive to their developers’ use of calls out to third-party APIs. It’s a blind spot in the vast majority of IT organizations, similar to the way that open source was ten years ago. Most companies understand the importance of ensuring that the APIs they publish are secure from outside attack, but few are even tracking their own code’s use of web services via calls to third-party APIs from the inside out. Although there are other legal and business risks that come with reliance on third-party services, the visibility will likely arise from companies having to account for confidential data they are inadvertently passing to unknown and untrusted sources outside their firewalls.

Laurent Bride, CTO of Talend
Serverless will move beyond the hype as developers take hold: 2018 was all about understanding what serverless is, but as more developers learn the benefits and begin testing in serverless environments, more tools will be created to allow them to take full advantage of the architecture and to leverage functions-as-a-service. Serverless will create new application ecosystems where startups can thrive off the low-cost architecture and creatively solve deployment challenges.

Jim Barkdoll, CEO of TITUS
Regulations, fines and consequences…but good data stewardship is on the horizon. Now that GDPR is being fully enforced, we will see the first big fines and consequences announced related to regulations. This will result in two things – a significant bump in organizations developing best practices to ensure regulatory compliance and data safety, as well as more countries and individual states passing regulations in an effort to keep data safe.

Nils Puhlmann, chief trust and security officer at Twilio
The conversation around data breaches will need to shift from “who had a breach” to “who is managing their risks effectively.” Every company has vulnerabilities and is at risk of a data breach. The public perception of companies who have a breach will need to shift so that we are evaluating companies not based on whether or not a breach is possible or has occured but instead, to what degree, and what processes they have in place to understand and mitigate their risks and how much effort they have spent to reduce their risks.

Mark Curphey, VP of strategy at Veracode
In today’s DevOps-centric organizations, we’ll see a greater shift to automatically test every code change to allow development teams to find and fix flaws early in the software development lifecycle, which saves significant time for both developers and security personnel. This is fundamental to DevSecOps, which I believe will become the dominant model for development teams. The most active DevSecOps programs fix flaws more than 11.5 times faster than the typical organization, due to ongoing security checks during continuous delivery of software builds, largely the result of increased code scanning. This means organizations adopting DevSecOps are operating both more efficiently and more securely.

Carlos Meléndez, COO of Wovenware
BI is officially declared dead. The term, Business Intelligence, has been around since 1958 (long before it could be traced as a search term) and it is showing its age. In 2019 the term will finally give way to Business Insights, marked by less of a focus on dashboards and reports, and more toward outcome-driven analytics – measuring analytics according to outcomes.