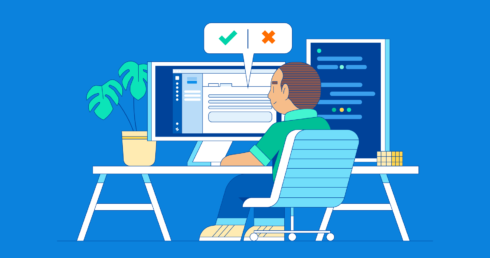 In an effort to keep risky changes from making it into production, feature delivery platform provider Split Software has announced the release of Enterprise Approval Flows. This new feature is designed to help engineering teams stay compliant with policies and audits as well as identify any risks.

According to the company, much like a code approval process, the Enterprise Approval Flows checks feature flags that release code to end users.

“We are constantly in pursuit of ways that help our customers deploy faster with less risk,” said Adil Aijaz, co-founder and chief strategy officer at Split. “Using the new Enterprise Approval Flows capability makes it simple for development and operations teams to see why a change was made and bring the entire organization in lock-step with the release process. This type of innovation enables SOC2 compliance and is invaluable to improving the user experience.”

Kevin Li, product manager at Split, explained while feature fags can provide many performance improvements, that speed can make it more complicated to remain compliant with polices, whether internal or external. As a result, Split was hearing a lot of requests to treat its rollout plans like version control methods and review changes as a pull request on new code.

According to Li, with Enterprise Approval Flows, teams will be able to stay compliant with policies and audits such as SOC2 and SOX, adopt feature flags in engineering workflows, enforce review on specific changes, and see all the details of a change.

Key features include the ability: to receive notifications on submissions, approvals, withdrawals or rejections; to review or comment on changes; to view full audit information about the submitter, approver and current status; and to view all past and pending changes, according to the company.

“This is just our first step in making sure engineering teams can stay compliant while still leveraging the full power of feature flags,” Li wrote in a blog post.

Statuses and Rollout Board: New Addition to Split