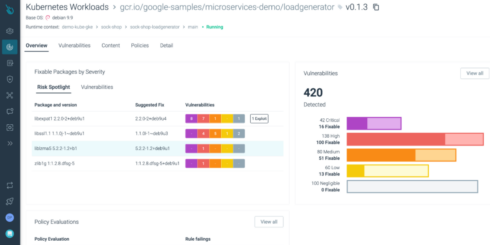 Sysdig announced the release of Risk Spotlight, a vulnerability prioritization feature based on runtime intelligence.

The feature enables teams to reduce vulnerabilities by 95% and allows developers to focus on shipping applications faster, according to Sysdig.

Developers will also receive a package-centric view of vulnerabilities along with the fixes and upgrades that they need to apply.

“Detecting threats at runtime across containers, hosts, and cloud services is fundamental for cloud-native security. Then, using that runtime intelligence to prioritize vulnerabilities provides developers a reasonable list of the highest impact issues to fix,” said Loris Degioanni, the founder and CTO at Sysdig. “Scrolling line-by-line through an endless spreadsheet of issues is inefficient for developers and slows down software releases.”