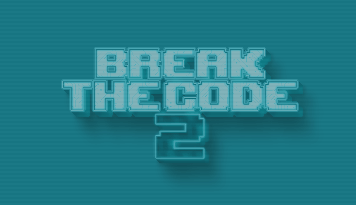 .Tech Domains’ codebreaking game for coders, programmers, and technology enthusiasts, BreakTheCode.Tech, has returned as a limited-time game comprising ciphers and puzzles. The game is supported by companies such as GitLab, Major League Hacking, Digital Ocean, Hackernoon, Dev.To, and Namecheap.

The game is available here until April 15th 2022, and offers players the chance to win over $30,000 in prizes including a custom gaming rig with a motorized throne, Playstation 5, custom-skinned MacBook Pro, a 90s themed boombox, Tamagotchis, The Matrix Script signed by Keanu Reeves, and more.

When BreakTheCode.Tech was first introduced in 2020 it attracted over 100,000 players in the span of just three weeks and earned a Webby nomination.

The build of this edition of the game is inspired by Windows 98 and is set in the 90s. According to .Tech Domains, at the start, participants are dropped in a high-stakes situation where an anarchist group has hacked into a communication satellite.

The player then has to progress through the game while also considering the affects their actions will have on the world order.

The game is split into four chapters that have been released over a three-week period beginning on March 25th, 2022. Each new chapter brings users several different missions consisting of ciphers and puzzles. Players are also able to engage with side-quest games, “easter eggs”, and other hidden elements.

Past winner, Nick Hansen, the CEO of Luxor Technologies said, “The BreakTheCode puzzles were addicting! Getting through the ciphers was challenging and the prizes were the cherry on top. The amount of effort they put into the games was impressive!”