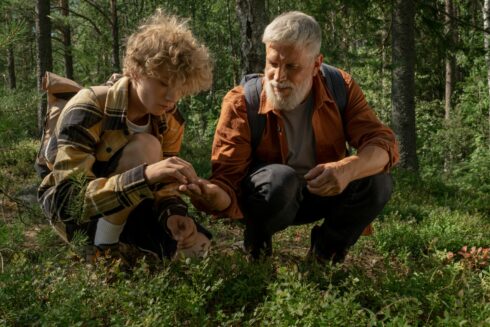 Recent studies show a divide between older workers – many in management positions – and the younger ones trying to get ahead. It’s a generation gap, for sure, exacerbated by the advances in technology that place a burden on both cohorts.

This is because they view work differently. Many older executives (full disclosure: I am unabashedly one) joined their companies years ago, perhaps even before they used computers. Over the years, they learned enough to do their jobs, but always viewed software with disdain, as they didn’t understand it beyond how to use it, and it was never seen as something critical to the company’s bottom line.

These older folks quite likely see themselves retiring in the not-so-distant future, and often just don’t have the gumption to stay on top of all the new changes coming at them rapid-fire.

This doesn’t only affect them. It also affects the younger up-and-comers, who are spending what they believe is too much time mentoring the older workers on how to use the new software. They view the older workers with the same disdain with which that cohort viewed software. Many simply wish the older managers would ride off into the sunset already, so the company can hire more like-minded, software savvy, younger workers.

This divide can also be seen in how older and younger executives view remote work, and what they perceive as disparate treatment of remote and in-office workers. As you might expect, research done by Slack-backed consortium Future Forum shows younger executives – in their 30s and 40s – have this as their top concern, while the older executives – mostly in their 50s and above – ranked the issue dead last.

Younger workers want the flexibility and freedom of remote work, while more senior managers have a bias toward those who show up in the office, giving them better performance reviews and opportunities for advancement.

A recent article I wrote talked about how “psychological safety” is a critical factor for enabling software developers to be truly innovative. They want to know they’ll be allowed to fail without repercussion. Some urge a work environment that is “blameless.” To me, that just means no one is accountable. But that’s just me, I guess.

Last month, feature flag and progressive delivery company LaunchDarkly released a report on psychological safety in which 93% of responding developers agreed that the confidence to safely release code updates empowers them to innovate more.

Experts agree this need for psychological safety has sprung from the new generation of workers, who want to work on meaningful projects, have the freedom to take risks to secure better outcomes, and who don’t want to be pressured to minimize deployment errors, according to the report. They look for organizations where leadership supports this kind of risk-taking; 100% of the respondents said taking risks and applying new development strategies can positively affect business outcomes, by encouraging the staff to innovate (53%), increasing adaptability (52%) and improving the bottom line (49%).

“There is this kind of confluence of really challenging factors,” Ravi Tharisayi, senior director of product marketing at feature management software provider LaunchDarkly, said, “especially since the pandemic, where digital and software development has now become so core and so critical, where outages can really damage your business even more. It feels like every year, the cost of an outage feels more and more impactful to the business, that the stakes are higher and higher. And I think for us, you know, the thing that we see a lot is and I think part of what we’ve honed in on it, and why we come across it so much, is that there’s always been this fear of the point at which code gets to the customer, because that is really sort of the moment of truth, where you’re going to find out if the thing that you built and coded is actually going to work.”

One of the factors the report homed in on is the process organizations have for software development. Most developers (94%) say internal processes, tools or culture are necessary to feel safe about taking risks to deploy updates, according to the report. But 61% said their company’s heavyweight development processes are barriers to innovation.

Workers have always believed that if left alone by managers (and processes), they’d do their job better, and provide greater value to the organization. It’s taken a pandemic, a rethinking of how and where work gets done, and the realization that software development is the business, for us as an industry to get closer to that employment nirvana.

Oh, and a changing of the guard, who realize the importance of their skills and actually have the power to effect those changes. Good for them, and good for all of us.