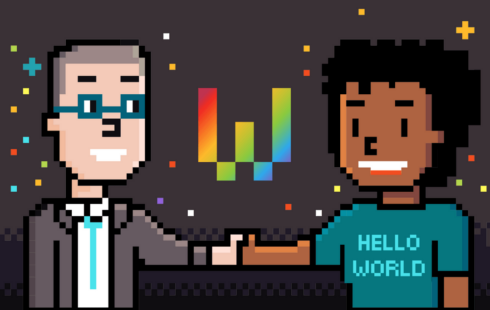 The immersive upskilling platform for software developers, Wilco, today announced the release of its first public version as well as $7 million in seed funding.

The financing round was led by Hetz Ventures, and featured participation from leading funds and angel investors including Vertex Ventures, Flybridge Capital Partners, and Shopify VP of Engineering Farhan Thawar.

Wilco’s platform offers developers a fantasy tech company, providing a game-like experience that is intended to accelerate professional growth. With Wilco, engineers will go on quests that ask them to conquer multiple life-like challenges while using real tools and technologies.

For example, one of these quests requires the developer to analyze data and identify which users have been affected by an issue with the fantasy company’s application. Developers are then tasked with recreating the issue on their own device, finding the problematic code, and pushing the fix to the company’s code repository on GitHub.

Additionally, developers have access to helpful advice from virtual co-workers through the messaging app. This works to mimic a modern, remote work environment and heighten the realisticness.

“One of the critical challenges I’ve faced throughout my career as an engineering leader is finding ways to nurture talent and ensure the continuous growth of every team member,” said Farhan Thawar, VP of engineering at Shopify. “That’s what got me so excited when I tried the Wilco platform — the realistic environment brought me back to my early days as a dev team contributor and the engineering scenarios addressed precisely those abstract skills that are so hard to teach. On top of that, Wilco has managed to create an engaging learning experience through narrative and storytelling, making it a true game-changer for developer growth.”

According to the company, the quests available on the platform cover several key engineering skills and concepts as well as a few quests that were designed with different content partners such as New Relic and Applitools. This enables developers to gain hands-on experience with popular tools.

Any developer can now join the waitlist for the free platform, with full access being granted in the coming days and weeks.