The future of testing is DevOps speed with managed risk 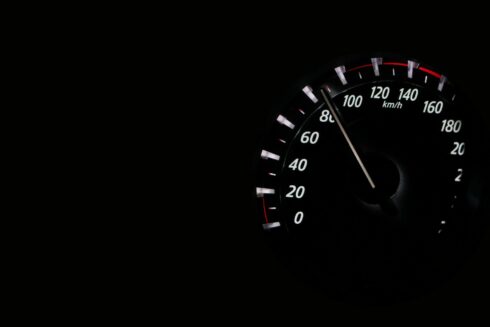 Just as big data transformed the way organizations approach intelligence and cloud transformed the way they think about infrastructure, DevOps is fundamentally altering the way organizations think about software development. In a DevOps world, software development is no longer a balancing act between speed and quality but a quest for both, as forward-thinking development teams aim to increase both release frequency and release velocity while ensuring they have the utmost confidence in production.

The driving force, as always, is the customer. Users expect applications to have the latest and best features and functionality at all times. Not tomorrow. Not after the next planned software release. Now. And always. Just don’t even think about impacting application performance or usability to deliver those updates, or those customers you’re catering to won’t be customers for long.

These demanding customer expectations, combined with technological advancements in software development made possible by DevOps and CI/CD, have developers focused on pushing smaller and smaller increments of code into production faster and faster, all while product and Q&A teams grow increasingly focused on ensuring that the user experience remains as close to flawless as possible at all times.

Against this backdrop, progressive development teams are benefitting from an emerging new approach to testing, one that augments traditional front-end functional testing with error monitoring in production. The combination of these two test methodologies into a single comprehensive approach enables developers to benefit from deep automation of application intent prior to production while also layering in multiple production safety nets in the form of error reporting, rollbacks, and user analytics.

“In the modern era of DevOps-driven development, a testing strategy that does not extend into production is simply not complete,” said John Kelly, CTO, Sauce Labs.

The ability to pair front-end functional testing in dev and test environments, with error monitoring in production, was the driving force behind Sauce Labs’ recent acquisition of Backtrace, a provider of best-in-class error monitoring solutions for software teams. Sauce Labs is already well-known for delivering one of the industry’s leading test automation platforms. Now, with the addition of Backtrace, the company enables developers of web, mobile, and gaming applications to quickly observe and remediate errors in production as well, often before they’re even discovered by end-users.

For development teams looking to keep up with the pressure to accelerate the release of products into highly competitive and demanding markets, confidence is everything, according to Kelly.

“As a developer, knowing that you can quickly discover and fix any bugs that make it to production, and often before production, is a tremendous source of empowerment,” said Kelly. “Having the safety net of error monitoring gives you a level of confidence that you just don’t have otherwise, and that in turn enables you to move with greater pace and deliver releases with greater frequency and velocity.”

None of which is to say that the core components of front-end test automation are any less important to a comprehensive testing strategy, Kelly said.

“It’s and, not or,” he said. “The development teams we speak to every day are still heavily focused on automating application intent in dev and test environments. But they’re also realizing that there’s no substitute for understanding how the application functions and performs in the production environment, and so they’re taking all the investments they’ve made in cross-browser testing, in mobile app testing, in API testing, and in UI and visual testing and they’re now augmenting them with error monitoring in production.”

In fact, Kelly says that error monitoring itself can be leveraged directly in test and dev environments to create additional value for developers.

“When you deploy it directly in dev and test environments, error monitoring really complements Selenium, Appium, and other scripted front-end test frameworks by providing an additional layer of depth and visibility into the root cause of an application failure,” said Kelly.

Importantly, according to Kelly, developers can also leverage the insights gleaned from error monitoring in production to expand and improve future test coverage during the development and test integration phases of CI/CD.

“It’s about enabling developers to shift both left and right and create the kind of continuous feedback loop that’s necessary to mitigate risk and drive quality at speed,” he said.

Ultimately, according to Kelly, that ability to combine test signals, understand customer experience insights, and create continuous improvement loops represents the future of testing in the DevOps era.

“Development teams no longer have to chase this holy grail of perfection in test,” said Kelly. “And that’s a good thing because perfection has never been less realistic than it is today when the market demands they deliver releases with unprecedented speed and frequency. If we can shift our focus away from perfection in test to a philosophy of risk management, where faster delivery of value is balanced with quick remediation and clear visibility of user impact, that’s a real sea change in the way we thinking about testing and quality.”

To learn more about how Sauce Labs is helping organizations usher in a new era of testing, visit https://saucelabs.com/.

About SD Times and Sauce Labs

View all posts by SD Times and Sauce Labs