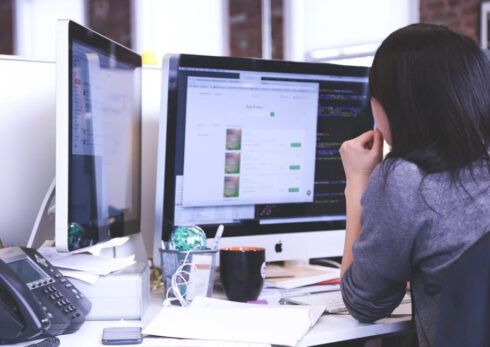 Plutora today is releasing updates to its platform with an emphasis on empowering progressive release management, a new practice that relies on analytics to focus on things that are problems.

According to Plutora, progressive release management helps organizations scale and de-risk their release processes as they transition from traditional, project-based ways of working to current Agile and DevOps approaches. This role is also part of Value Stream Management, a practice that improves the flow of work from idea to realization by showing the progress of work across an organization to identify impediments to its flow, surfacing insights on how to improve it, and providing the control to guide continuous improvement.

Where progressive release management is in place, it has been shown to double the number of features organizations can deliver, even as they release software with a third fewer incidents, the company said.

Today’s release includes a reworked Insights Dashboard that can direct teams to problem areas and hot spots, enabling release managers to manage by exception and free up their time and energy to improve process and efficiency, according to the company’s blog announcing the updates. The platform upgrade also introduces new build analytics to provide stability, quality and risk information for every pipeline. Further, there’s an initiative tracking analytics dashboard that matches initiatives to progress, utilizing flow metrics to predict delivery progress and enabling release managers to redirect resources to align with business priorities — something release managers today don’t actually take into consideration.

And, given that many of the traditional release management duties are being automated, release managers increasingly feel that their role is in question in a DevOps environment, Plutora said. To stay relevant and facilitate the evolution of software development, release managers know they need to be doing more, but they also need the tools and data to accomplish that.

The key to progressive release management, he said, is to find the exceptions and work to fix those, using data from the insights dashboard and the build analytics. This practice, according to Keyes, says, “I’m only going to focus on those things that are problems. Everything else that’s following the process, and I have tooling in place, I never have to worry about. I’m freeing up my time, and I’m using data to do it.”

The Insights Dashboard allows users to see into all the releases across the portfolio and see what’s behind them, what’s being followed or not being followed. “You can see all the metrics in one place,” Keyes said, which is important because “the further along this journey as team is, the more efficient they are, and the lower risk they are. And they can help ‘unstick’ DevOps processes because they can identify precisely what the problem is. As one release manager said, ‘It was like finding a needle in the haystack. It just popped out. I saw my problem child right away,’ “

“I think modern release management, in fact, maybe should start being called Value Stream Management,” Keyes added cheekily. So, should there be a specific role of a value stream manager? There has been a lot of debate about that in the industry, and Keyes asked, “Who [in the organization] is it going to be? Are you going to hire somebody new? Will they have the knowledge to adjust the pipeline, manage the risk? That’s what we’re calling progressive or modern release managers. That’s what they’re doing.”

To learn more about the role, go to Plutora’s page on the subject.

How can organizations successfully navigate the value stream with your solution?

Getting the most value out of your value streams