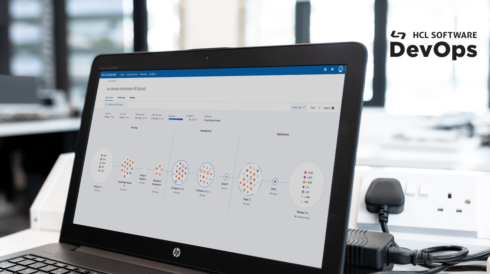 The new automated-rule based gates leverages security and quality data integrations so no versions can go through without meeting specific criteria. “This feature is really to put the checks and balances in place to make sure that your team has full autonomy to release to the customer as fast as possible, while also making sure no one is lying awake saying ‘did I look at the right build when I said there were 0 Blockers?’,” Bryant Schuck, product manager for HCL Software DevOps, wrote in a post.

Version 2.1 also features an open pipeline for better visibility for build to production. The pipeline connects with deploy tools such as HCL Launch and Azure DevOps, and the company says has a 70% faster load time.

To make work more visible and predictable, the 2.1 release includes new value stream metrics, a new state of sprint report, the ability to run a security audit, and the ability to “favorite” value streams for quick check-ins and comparisons.

Time to value improvements include the ability of HCL Accelerate on HCL Software Factory, a catalog of Kubernetes-enabled products, and performance and stability improvements.

With the release of HCL Accelerate 2.1, you are going to see our continuous improvement and delivery of bleeding edge features in this market. Our customers’ feedback and deep market analysis has allowed us to stay lasered focus on the key value areas in VSM,” Schuck wrote.