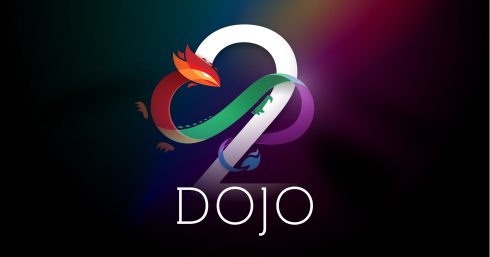 The Dojo team has announced the availability of Dojo 2. Dojo is a JavaScript toolkit designed to help developers scale their development process.

According to the team, this is the first major rewrite of Dojo in more than 10 years. The project started in 2004, and in 2015 the Dojo Foundation announced it was merging with the  jQuery Foundation to form the JS Foundation. Today, it is available as open source under the new BSD license.

This is the first major rewrite of Dojo in over ten years. Started in 2004, Dojo is a JavaScript toolkit that helps developers scale their development process. It is a open source software under the new BSD license and a JS Foundation project.

According to the team, the goal of Dojo 2 was to create an ergonomic and efficient way to build modern web apps that coexists within the present and future web ecosystem. Dojo 2 focuses on interoperability, which prevents users from being locked into the specifics of the framework

“To be a modern framework, we want to make it easy to leverage features like web components, PWAs, and emerging web standards such as Intersection Observers, Resize Observers and Web Animations while preserving an efficient, reactive architecture,” the Dojo team wrote in a post. “Aligning with modern standards consistently is our best option for extending the longevity of applications you create.”

In addition, Dojo 2 promotes scalability and building large-scale applications that provide a set of out-of-the-box choices. The out of box features include virtual DOM-based widget system that includes Meta providers to preserve reactivity.