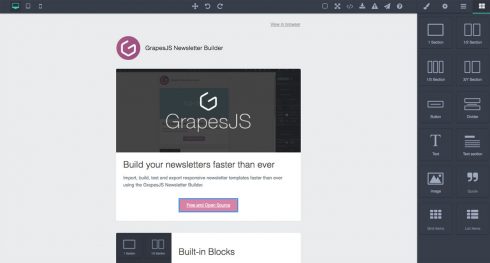 This week’s Open-Source Project of the Week focuses on the web builder framework GrapesJS, which was designed to make it easier and faster to build HTML templates. According to the team, GrapesJS can be used by anyone, even those with no coding knowledge.

GrapesJS was initially designed with the goal of being used inside Content Management Systems (CMS) to speed up the process of creating dynamic templates.

According to the project’s website, GrapesJS is intended to replace common WYSIWYG editors, which are good for editing content, but not for creating HTML structures.

The framework is still under development, and is being worked on by independent developers in their spare time.