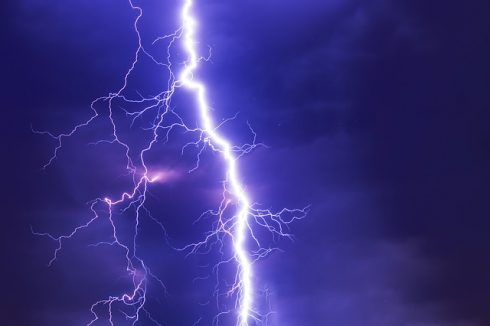 There once was a time where Adobe Flash was the obvious choice for building rich web applications, but as the Internet began to grow and technology started to advance, Flash slowly started to die out.

Over the last couple of years more and more businesses have announced that they will no longer support Flash. There was even an Occupy Flash movement to “rid the world of the Flash Player plugin.”

“Flash Player is dead. Its time has passed. It’s buggy. It crashes a lot. It requires constant security updates. It doesn’t work on most mobile devices. It’s a fossil, left over from the era of closed standards and unilateral corporate control of web technology. Websites that rely on Flash present a completely inconsistent (and often unusable) experience for fast-growing percentage of the users who don’t use a desktop browser. It introduces some scary security and privacy issues by way of Flash cookies,” the Occupy Flash website stated. “Flash makes the web less accessible. At this point, it’s holding back the web.”

In addition, Flash has become expensive to maintain and support due to crashes and bugs, and its ability to provide rich content has been diminishing over the years as more modern approaches have come to the surface.

The beginning of the end of Flash can be traced back to 2007 with the release of the iPhone, which came equipped with a mobile Internet browser — but did not support Adobe Flash. Fast forward to 2010, Steve Job released an open letter on his thoughts about Flash.

“I wanted to jot down some of our thoughts on Adobe’s Flash products so that customers and critics may better understand why we do not allow Flash on iPhones, iPods and iPads. Adobe has characterized our decision as being primarily business driven – they say we want to protect our App Store – but in reality it is based on technology issues. Adobe claims that we are a closed system, and that Flash is open, but in fact the opposite is true,” Jobs wrote.

Apple began working on its own open standards, such as the open-source project WebKit which provided a HTML5 rendering engine. “New open standards created in the mobile era, such as HTML5, will win on mobile devices (and PCs too). Perhaps Adobe should focus more on creating great HTML5 tools for the future, and less on criticizing Apple for leaving the past behind,” Jobs wrote.

Over the years, HTML5 has matured and become more advanced and other open standards such as WebGL and WebAssembly have emerged to enable companies to bypass the Flash plugin and use modern technology to add rich features to their web solutions. These standards are more favorable than Flash because they are available natively inside a browser, instead of being a browser hack.

Adobe itself has moved on from the Flash brand. It announced the release of Adobe Animate CC in 2015, which supports HTML5, WebGL and Scalable Vector Graphics. “Over time, we’ve seen helper apps evolve to become plugins, and more recently, have seen many of these plugin capabilities get incorporated into open web standards. Today, most browser vendors are integrating capabilities once provided by plugins directly into browsers and deprecating plugins,” the company wrote in a post.  “Given this progress, and in collaboration with several of our technology partners – including Apple, Facebook, Google, Microsoft and Mozilla – Adobe is planning to end-of-life Flash.”

Adobe is expected to stop distribution of the Flash Player by the end of 2020.