Facebook announced it has acquired Wit.ai, a voice-recognition and natural-language processing startup with technology akin to Apple’s Siri.

The Wit.ai platform and natural-language processing API, which has a community of more than 6,000 developers, will remain free and open source, according to a Wit.ai blog post The acquisition could help draw more developers to Facebook, and enable speech-to-text features for Facebook’s Messenger app similar to Siri and Google Now.

According to the petition, Google has been improperly suspending Android apps and developer accounts perceived to be violating the Google Play Developer Distribution Agreement or the Google Play Developer Program Policies. Developers are only notified of these suspensions through “vague automated e-mails,” the petition stated, with no instructions of what to change or fix in the app.

“In many cases, apps and accounts are suspended or removed completely without prior warning or notice, offering no recourse to fix inadvertent violations regardless of the problem’s simplicity, severity, or developer’s intentions to fully comply,” wrote Android developer Rob Jackson, the petition’s author. “Stop the automated suspensions. Help developers comply. Protect the Android ecosystem. Save the clock tower.”

The petition demands a new form of one-on-one communication between Google and developers to help identify and resolve policy violations prior to automated and irreversible suspensions. The petition also states the desire for the creation of a team of Android Developer Advocates to communicate directly with developers regarding policy violations and required adjustments to their apps.

The full petition is available here. 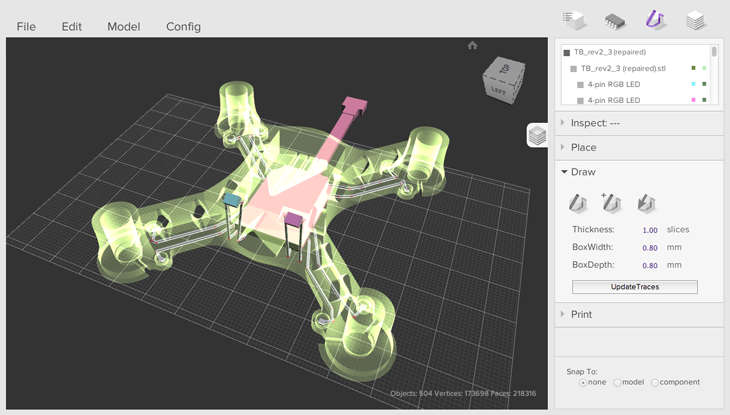 Project Wire will be available with the Voxel8 printer “later in 2015,” according to the Autodesk website.

The full press release of the announcement is available here.