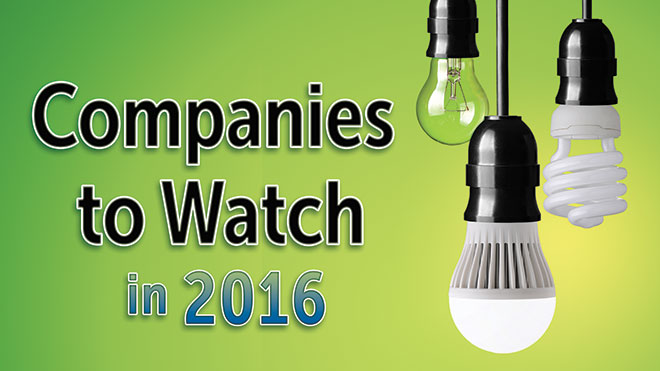 Technology is advancing at a pace recently described as “frankly ridiculous” by IBM Fellow Jason McGee, who also is vice president and CTO of IBM’s Cloud Foundation Services.

These advances affect how we get information, interact with our devices, make decisions, and even modify how we work. They also leave behind a long tail of legacy code that needs to be kept alive, and often even brought into more modern systems.

All this, of course, leaves plenty of room for innovation, and SD Times has tried to make sense of it all with Companies to Watch. These are startups or young companies—or old companies with new ways of looking at things—working on projects that help advance the industry.

Some of these companies might take root and grow into the next Google, Facebook or Amazon. Others will find a solid niche of loyal customers and thrive for quite a while. Still others, undoubtedly, will have placed their bets on technologies that fail to gain traction, derailing their efforts. That said, in the coming year, these are the companies our editors are recommending you keep your eye on, as great things could be happening.

Are you watching these companies? Have we missed any, in your opinion? Write us at feedback@sdtimes.com.

Slack Technologies
What they do: Real-time collaboration platform
Why we’re watching: With a US$1.12 billion (with a B) valuation from such industry heavyweight investors as Kleiner Perkins and Google Ventures, Slack is used for team collaboration in such diverse places as Heroku, SoundCloud and NASA’s Jet Propulsion Lab. Slack’s cofounders have the social street cred, with each having a big hand in building out the Flickr social media platform and the Glitch MMO. Slack is real-time messaging and document sharing, and it connects to tools you use to avoid switching between apps. Notifications such as support requests, code check-ins and error logs are searchable from the central archive.

Pneuron
What they do: Microservices “for the rest of us”
Why we’re watching: This startup has built a software development and execution platform that supports rapid build and deployment cycles. Using the metaphor of the brain, Pneuron’s platform interacts with underlying data and application systems without the need for upfront aggregation and query writing. It calls microservices “neurons” and the container a “cortex,” which controls messaging between neurons. Each neuron is a step in a process, and users can build out neuron networks as simple or complex as needed to solve a problem.

Meteor
What they do: Open-source JavaScript application platform
Why we’re watching: Meteor pulls together a set of core packages designed to work well together, to simplify the development process for reactive application development. Meteor offers Isobuild, a system that enables code to run on the client, in the cloud, and from packages to database APIs. Meteor uses the Distributed Data Protocol to provide “REST for WebSockets,” a protocol for delivering microservice APIs over WebSockets.

Mesosphere
What they do: Reinventing the datacenter
Why we’re watching: The company’s Data Center Operating System (DCOS) is built on Apache Mesos, and can run nearly any type of workload. DCOS spans all the machines in your datacenter or cloud, providing an elastic, scalable way to deploy applications. It gives developers the flexibility to deploy applications in containers, or in language-specific packages such as JAR files.

Cask
What they do: Data application development platform
Why we’re watching: Large companies are becoming large data companies in today’s world, which enables these companies to capture massive amounts of information about their customers, products and partners. Cask views applications as the key use case for Big Data, and its Cask Data Application Framework gives developers the ability to quickly build and deploy data-based applications on Hadoop (and now Cassandra).

IBM Watson
What they do: Cognitive computing, machine learning
Why we’re watching: IBM seems an odd choice for “up-and-coming” company, but IBM Watson, being operated as an independent business unit, can be seen as an incredibly well-funded startup. With piles of money to throw at entrepreneurs creating products and solutions based on computers that can learn from natural language and personality traits, this is one of the most interesting areas of software development out there.

Morphisec
What they do: Cybersecurity
Why we’re watching: This Israel-based startup, which was spawned from that country’s national cybersecurity research center, offers contextualized forensics along with deterministic detection and prevention of zero-day attacks. They say they are creating a super-secure version of Windows “like Microsoft should be doing.” Their goal is to create an operating system for military applications that is 100% unhackable.

Branch
What they do: A deep-linking platform for mobile apps
Why we’re watching: Deep linking is the hidden mechanism that takes mobile device users from app to app without even realizing how he or she got there. Early-stage startup Branch provides a platform for smart redirecting to specific content from most social media platforms and e-mail, and more. The company, which began from the idea of four Stanford engineers to grow their app via contextual deep links, has raised more than $18 million from multiple venture partners.

Object Theory
What they do: Mixed-reality applications for HoloLens
Why we’re watching: This company will go as far as Microsoft does with HoloLens, so it’s a risk/reward type deal for them. If Microsoft’s virtual reality headsets catch on, Object Theory (founded in July of this year) will be in the lead for helping organizations create applications for the platform. If it doesn’t…

Parse
What they do: Cross-platform user experiences
Why we’re watching: Parse has been quickly gaining a following thanks to its ability to help developers build user experiences across a variety of platforms. The company’s early years were rife with harsh lessons at the hands of enterprise users who couldn’t accept the platform’s lack of reliability. Today, however, Parse is a solid place to build incredibly diverse applications for watches, phones and the Web.

Zeplin
What they do: Developer/designer collaboration
Why we’re watching: How many times have you been handed a printout of your Web application with circles and lines all over it? Marketing, business, even customer service agents love to have input into the applications they have to use every day, and Zeplin.io gives them all a way to put their own ideas into the mix without creating a mess of input from various sources. Zeplin gets everyone on the same page, for once.

Livecoding.tv
What they do: Educational live-streaming platform
Why we’re watching: We’ve placed this one on the list simply because we’re completely confused and intrigued by the idea of watching people code on a live video feed. It’s Twitch for programmers. Of course, Twitch’s big draw is connecting gamers to famous streamers via chat, but we can’t imagine too many programmers wanting to interrupt their flow to answer chat questions. Honestly, though, who ever would have believed that Twitch would become so popular at all? Definitely a company to keep an eye on.

Kimono Labs
What they do: API creation and execution
Why we’re watching: Let’s face it, your company needs an API. Your site has a search function, a number of ways to order product, a customer support form, and a dozen directories. Kimono Labs can turn all of these functions into API calls with the click of a mouse. It’s a fabulous way to just toss your API strategy overboard and simply give people easier REST access to stuff that’s already on your site.

Illumio
What they do: Application security
Why we’re watching: Security should be as easy to bake into your product as New Relic is to add to your code: One include, and you’ve got security. While Illumio promises a lot already, it’s definitely time to sit back and watch how the market reacts to its wildly new take on security applications and infrastructure. If Illumio can make this idea work, application security will be forever changed.

Leada
What they do: Data analysis language tutorials
Why we’re watching: R and Python are the lifeblood of data analysis. But there’s just one problem: Most software developers didn’t take classes in hardcore data analysis. If they learned Python, it was likely as a first language, not as a scientific language. Thus, Leada is offering tutorials on both R and Python, aimed at bringing programmers up to speed with modern data analysis techniques.

3D Robotics
What they do: Drones
Why we’re watching: Any company whose catchphrase is “Life After Gravity” is worth watching just for that alone. But this drone company is leading the way with its open development platform and guides for creating applications that bring new capabilities to their drones. And besides… drones!