The big business of APIs 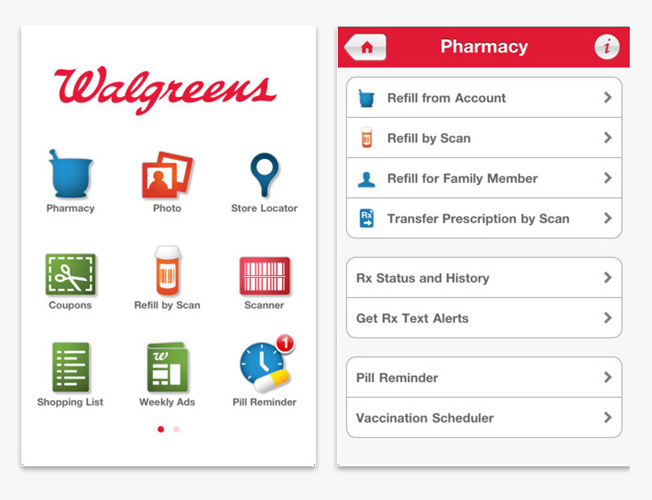 When was the last time you dropped off a roll of film to be developed at the local drug store or supermarket? Walgreens software developers were sure there was a way to get people to come back in to pick up pictures again. But the competition was removing its photo development in the face of the growing popularity of digital photography.

First, the company pushed to have users upload photos through the Walgreens application to a central API service that could have them printed out at a local store. But by opening that API to third-party developers, any user from any application could print out their memories at any Walgreens.

This is the story Abhi Dhar, CTO of Walgreens, laid out at September’s I Love APIs conference, Apigee’s yearly developer conference. Thanks to the work of Dhar and his teams, Walgreens went from having 1% of its photo-developing business generated by digital photo prints in 2011, to 40% today.

Joe Rago, senior product manager for mobile at Walgreens, said that moving from being just a drug store to being a company that offered Web APIs was a long process, which began with Walgreens’ own mobile application.

“Going into 2012, when we launched the program, many of our best-performing, most unique mobile features in the Walgreens application were driven off of the power of APIs,” he said. “There was some noticing of the benefits an API could bring to both customer-facing as well as the corresponding success from a business standpoint. That helped grease the wheels for a third-party developer program.”

Sam Ramji is in charge of strategy at Apigee, and he said that developers can use the power of APIs to take control of their own destinies. He said that if developers can learn to speak the language of businesspeople, they can then drive innovation and future products themselves, rather than the businesspeople simply coming down to the developers and handing off requirements.

Developers who can speak and understand the language of the business can be a part of the discussion around how an enterprise should build and monetize its APIs. This can even take the form of coding during meetings. Ramji cited an example of a CTO at a major fashion company: Burberry.

“He will sit in the middle of a conference room and hack up a new version of an app, but because he’s got a seat at the table and he builds an app against it and shows them instead of doing a market study to see if it’d be viable, he went quickly from being a maker or developer to being CTO,” he said.

Thus, the inherent value of APIs for the core business of an enterprise can give developers a great deal more flexibility to design and implement their own ideas, rather than just the ideas of marketing and business folks.

Microsoft’s Visual Studio Online angle
APIs are also a way to make sure your products are keeping up with the cutting edge development taking place around them. Jamie Cool, Microsoft group program manager for Visual Studio Online, said that APIs have come a long way in 10 years.

“Even if you just talk about Web APIs, they’ve changed a lot. Visual Studio Online is our ALM services offering, and it started as an on-premises product, where most products started,” he said.

“Almost all of our major cloud workload started as on-premises servers. If you look at how the APIs have shifted, ours came out in time to ride the SOAP wave. It was geared around SOAP with a really thick client wrapper. SOAP was really powerful and met the criteria of being Web accessible, but at the same time it was difficult to work with. Now REST is about simplicity and access everywhere.”

In May, Visual Studio Online supplemented those SOAP APIs with new REST APIs, giving developers further access to the application life cycle and tooling inside the platform. And rewriting those SOAP APIs in REST is a project many enterprise developers can sympathize with now that REST has won out.

Said Cool of the porting process, “One of the things we did was to make sure you don’t just recreate the APIs you previously had, but you’re actually designing for the new way of providing APIs. The way REST works, it’s a much more document-centric world. You really have to understand what you’re designing for.”