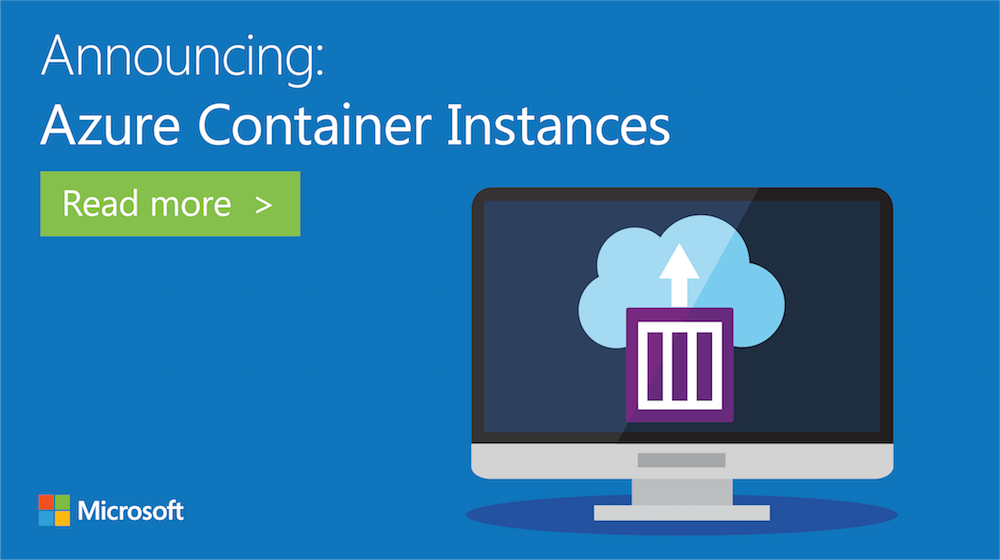 Microsoft announced a new solution designed to make it easier to run containers in the cloud. Azure Container Instances (ACI) is a new Azure service that lets developers get started in seconds without any Virtual Machine management or the need to learn new container orchestration tools.

“Containers have fundamentally changed the way developers develop their applications, the way applications are deployed, and the way system administrators manage their environments. Containers offer a broadly accepted and open standard, enabling simple portability between platforms and between clouds,” Corey Sanders, director of computer for Azure, wrote in a post. “ACIs are the fastest and easiest way to run a container in the cloud.”

Microsoft also announced the ACI Connector for Kubernetes this week. This is an open-source connector for deploying Kubernetes clusters to Azure Container Instances.

The service is also available as a public preview for Linux containers. The company plans on adding Windows container support soon.

“This enables on-demand and nearly instantaneous container compute, orchestrated by Kubernetes, without having VM infrastructure to manage and while still leveraging the portable Kubernetes API. This will allow you to utilize both VMs and container instances simultaneously in the same K8s cluster, giving you the best of both worlds. Azure Container Instances can be used for fast bursting and scaling whereas VMs can be used for the more predictable scaling. Workloads can even migrate back-and-forth between these underlying infrastructure models,” Sanders wrote.

Microsoft believes this solution aligns with its commitment to increase investment and engagement with containers. Recently, the company introduced Helm, Draft, and an open-source ACI connector. In addition, the company recently joined the Cloud Native Computing Foundation.