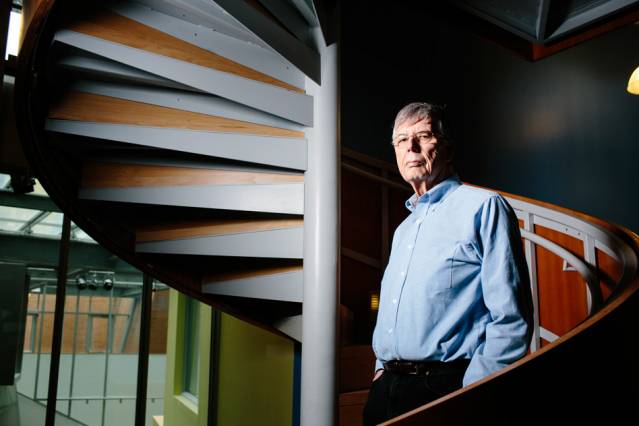 The Association for Computing Machinery (ACM) has announced Michael Stonebraker as the 2014 ACM A.M. Turing Award recipient for his work in modern database systems. Stonebraker is a researcher at the Massachusetts Institute of Technology’s Computer Science and Artificial Intelligence Laboratory (CSAIL).

“Mike has been a trailblazer in the field of databases by asking the essential questions about how we collect, organize and access information in our lives,” said Daniela Rus, director of CSAIL. “He has been both a devoted academic and a serial entrepreneur, and all of us at CSAIL are so inspired by his work and proud to have him as a colleague.”

“Michael Stonebraker’s work is an integral part of how business gets done today,” said Alexander L. Wolf, president of the ACM. “Moreover, through practical application of his innovative database-management technologies and numerous business startups, he has continually demonstrated the role of the research university in driving economic development.”

This is the first year that the ACM Turing Award, also known as the Nobel Prize in Computing, comes with a US$1 million prize, funded by Google. And Alan Turing was back in the spotlight this year when a movie about his work in breaking codes during World War II was nominated for an Academy Award.

“The efficient and effective management of Big Data is crucial to our 21st-century global economy,” said Alan Eustace, senior vice president of knowledge at Google. “Michael Stonebraker invented many of the architectures and strategies that are the foundation of virtually all modern database systems.”

The ACM noted that database systems are one of the most commercially successful software systems and a vital part of today’s global economy. And thanks to Stonebraker’s work, he ensured their widespread adoption.

Some of Stonebraker’s recent work includes the development of Ingres and Postgres. With Ingres, he made major contributions such as query language design, query processing techniques, access methods and concurrency control. The release of Postgres introduced the object-relational model of database architecture, according to the ACM.

“It’s every computer scientist’s dream to get this award, and I am so very honored to be selected,” said Stonebraker. “It reinforces and validates the importance of the work that I have been doing alongside so many other researchers in the field of database management systems.”

The ACM will present Stonebraker with the 2014 Turing Award at its annual awards banquet on June 20, in San Francisco.