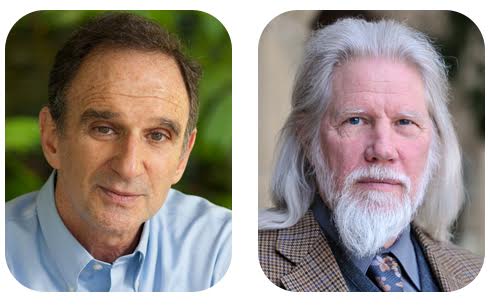 The ACM Turing Award, presented by the Association for Computing Machinery, is often referred to as the “Nobel Prize of Computing.” Today, Whitfield Diffie, former chief security officer at Sun Microsystems, and Martin E. Hellman, professor emeritus of electrical engineering at Stanford University, were recipients of the 2015 award for their contributions to modern cryptography.

The ability for two parties to communicate privately over a secure channel is critical for global commerce. Each day, people establish secure online connections with banks, e-commerce sites, e-mail servers and cloud infrastructure. Diffie and Hellman’s invention of public-key cryptography and digital signatures is said to have revolutionized computer security and made Internet commerce a possibility.

(Related: W3C is trying to secure the Web)

Diffie was the chief exponent of Sun’s security vision and strategy. He is a graduate of the Massachusetts Institute of Technology and has authored more than 30 technical papers. He has testified to the U.S. Senate and House of Representatives on the public policy aspects of cryptography.

Hellman was a professor of electrical engineering for 25 years. A graduate of New York University, he earned his Master’s degree and his Ph.D. from Stanford. He is a Marconi Fellow, a Fellow of the Computer History Museum, and a member of the U.S. National Academy of Engineering. He has authored more than 70 technical papers, 12 U.S. patents, and multiple corresponding international patents.

In 1976, Diffie and Hellman’s paper, “New Directions in Cryptography,” introduced the ideas of public-key cryptography and digital signatures, which are the foundation for security protocols on the Internet today. The Diffie-Hellman Protocol protects daily Internet communications and financial transactions.

The ACM Turing Award carries a US$1 million dollar prize with financial support provided by Google. It is named after Alan M. Turing, a British mathematician who was influential in modern computing. He was also a key contributor to the Allied cryptoanalysis of the German Enigma cipher during World War II.

“Today, the subject of encryption dominates the media, is viewed as a matter of national security, impacts government/private-sector relations, and attracts billions of dollars in research and development,” said ACM president Alexander L. Wolf. “In 1976, Diffie and Hellman imagined a future where people would regularly communicate through electronic networks, and be vulnerable to having their communications stolen or altered. Now, after nearly 40 years, we see that their forecasts were remarkably prescient.”

In their paper, Diffie and Hellman presented an algorithm that showed that asymmetric or public-key cryptography was possible. In their invention, a public key is used for encryption, while a private key is used for decryption. This asymmetric cryptosystem is designed so the calculation of the private key from the public key is not feasible computationally, even though one determines the other.

This reverse process provides digital signatures, which are more secure than written signatures, because changing one word of the message invalidates the signature.

While both Diffie and Hellman’s work built the foundation for today’s online security industry and established cryptography, their work also made encryption technologies accessible to individuals and companies.