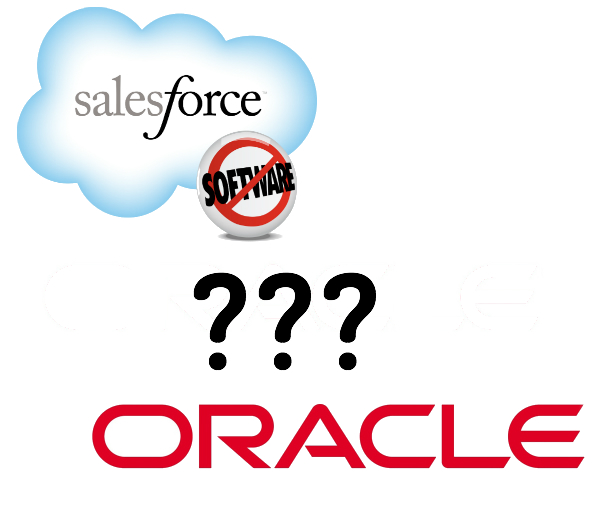 There’s a crazy rumor going around the Valley right now that Oracle is about to buy Salesforce.com. Personally, I don’t buy it at all, but I will see fit to explain why people are saying this: Insiders have sold off a bit of stock.

Really, the sales are concentrated around Feb. 24, when a segment on CNBC questioned a large volume of trades of Salesforce stock. Marc Benioff even put in later in the month, selling more than a million dollars of stock. He did the same thing again on March 7, and some other executives started pushing their options onto the markets as well.

From just this information, we can see that this rumor is not very well-founded: Benioff has so much stock and so much money that his cashing in for a million or two on the market is almost akin to someone rummaging the couch cushions for loose change. And there are now so many Salesforce executives with options out there that it’s a cold day in hell when someone isn’t selling off a little here or there. The Bay Area is an expensive place to live after all.

But the real reason I don’t buy this buyout rumor is that Benioff himself has a major competitive edge against Oracle. He was at Oracle for 13 years, and when he founded Salesforce, Oracle was one of the first targets the company trained its sights on after its initial CRM products took hold.

Salesforce has not exactly been successful in uprooting Oracle’s market share, but it has continued to throw elbows in the arena. After years of positioning and growing the company, I don’t see Benioff selling out to Oracle; it’s too close to admitting a loss.

Frankly, I’d be less surprised if there was a rumor about Salesforce buying Oracle in five or six years. That is an outcome I could see: Ellison might be retired or dead, and Benioff would find some twisted solace in buying his former employer. Salesforce would have to continue growing like a weed, and Oracle would have to shrink a lot in order for that to be possible, of course.

Frankly, if there are any talks of acquisition going on, I expect they are entirely a stalling tactic designed to waste Oracle’s time and money, if they are happening at all. I’d wager, if this crazy rumor has even a shred of truth to it, this is some weird courtship with more strategic imperatives than actual merger imperatives.