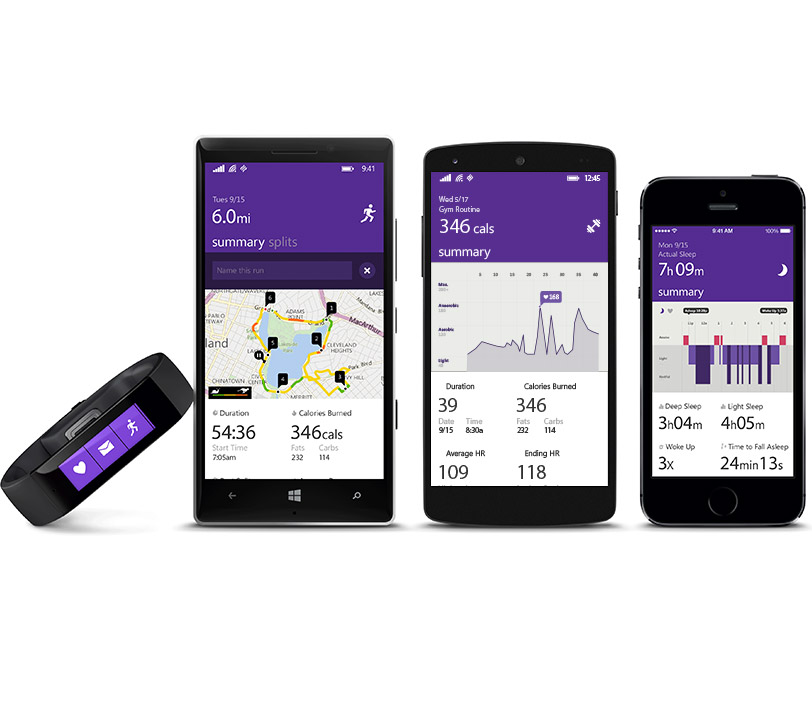 The rumors turned out to be true. Microsoft has officially entered the health-tracking wearable market, releasing the Microsoft Band smartwatch and Microsoft Health service.

Available cross-platform on Android, iOS and Windows Phone, Microsoft Band and Health can track and provide insights into a user’s heart rate, steps, calorie burning and sleep patterns. Microsoft Health also works with other wearable devices aside from Band, serving as an aggregated health data app a la Apple’s HealthKit. The service is integrated to start with wearables including   Jawbone, MapMyFitness, MyFitnessPal and RunKeeper.

Microsoft plans to release SDKs and announce further partnerships for the Health service, according to a blog post by Microsoft corporate VP Tom Holmdahl, and Microsoft Band is available starting today, Oct. 30, online and in Microsoft Stores for $199.

“We’ve been working on a framework called osquery which attempts to approach the concept of low-level operating system monitoring a little differently,” Arpaia wrote. “SQL tables are implemented via an easily extendable API. Several tables already exist and more are being written…One of the aspects of SQL that makes it so applicable to operating system analytics is the ability to join different tables together.”

Osquery is cross-platform  with native packages for all supported operating systems, and is made up of a modular codebase of high-performance components with documented public APIs, according to Arpaia. The framework also comes with an interactive query console, osqueryi, providing a SQL interface to try out new queries, and large-scale host monitoring with the osqueryd host monitoring daemon.

The code and documentation for Facebook’s Osquery are available on GitHub.