From the editor’s notebook 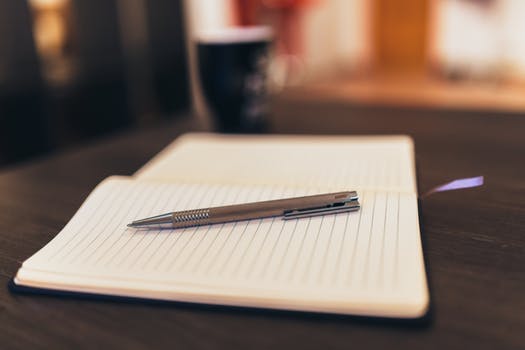 Value Stream Integration. Digital Twinning. Events as API strategy. These topics are the ones we’ve been hearing about this summer, and a trip through this editor’s notebook will share some thoughts on these matters.

According to Tasktop’s Mik Kersten, Agile and DevOps are local optimizations of your value stream, with DevOps leading a digital transformation that requires automation. Yet, with all the talk of Agile practices and DevOps enabling faster software release cycles and improved quality, Kersten said, “If you don’t look at the endpoint flow, you might be starting at the wrong place. You might not have enough UX designers, for example, so the bottleneck is upstream. Now, you’re not delivering software any faster.”

He said deliver software products today requires an integrated view. The point, Kersten said, is to “shift the focus from making teams more productive to end-to-end business value delivery.” As an example, he cited a large bank that went from nine-month released to four-week releases, taking all the right steps with agile and automation. “But their velocity went down by a quarter after their transformation,” he noted. “They had failed to realize how much time was lost on compliance.” Now, he said, they’re doing compliance checks every four weeks. “When looking at the value stream, maybe you don’t need the mainframe team releasing every two weeks.”

The challenge comes from trying to connect multiple disciplines in an organization into the value stream, he said. “They’re connecting Agile development with QA, with changes in the testing landscape, and automation, all moving left. Then connecting dev/QA to the service desk. You need it all to flow. The integration problem has moved up the stack.”

Up the stack and to the edge. This is where digital twinning design patterns come in, according to Jeffrey Hammond , vice president and principal analyst at Forrester Research. Digital twinning – the ability to match a physical asset to a digital platform – has been made relevant to developers creating applications related to IoT. “You need to be able to program for embedded devices and work at the edge,” he said. “That’s very different than working at the core. The twin kind of fits between those two different domains and allows them to work together even if they don’t understand what the others do. This is more of a Big Data problem than anything else. But to be clear, IoT is where all the action is with digital twins.”

GE, IBM, SAP, Amazon, even Microsoft, have some level of concept or structure that is a twin. “It’s a fairly common programming pattern in these IoT platforms today,” Hammond said.

Beyond IoT, agents and chatbots are evolving from big companies, like Amazon, Google and Microsoft. “Right now, those companies own that assistant, they allow to be customized a little bit for individuals . I could easily see a digital twin that essentially begins to act as my avatar from an agent perspective, and becomes increasingly mine, and if not a personification of me, at least a deeper understanding of what I do, where I go, who I am, what I want. I’m not sure I want multiple vendors to own that information about me. I think I’d want to control it myself. This is more the digital self, but when you ask how you deliver this, the concept of a twin is one way that this can be done.”

These IoT systems are beginning to emit a flow of events to be managed and processed. Put those events together with functions – Lambdas and Google Functions – and you start to get a very different kind of program, and a much more interactive programming environment, Hammond said.

“If you start to think about AI, or cognitive routines and machine learning algorithms, you can see a world where when an event happens, that event gets noticed by an algorithm, that algorithm decides it should take an action on behalf of the user, and then  sends a notification to a user – a customer on a mobile device or a chat message inside Facebook Messenger — and all of a sudden you have a very different and proactive user interface, instead of ‘well, let me launch my mobile app and ask the system to do something for me.’”

“That combination of serverless and API based on events, coupled with cognitive computing, is looking very interesting to me.”

Interesting is an understatement. Mind. Blown.