Tablets. I love love love love love my tablet. Or should I say “tablets”? Tablets are my life. Some tablets are like laptops, only without a keyboard, from Apple (the iPad running iOS 4.3) and from Motorola (the Xoom running Android 3.0). Other tablets contain essential mind-altering substances. Let’s not talk about those today.

The irony is ironic. Although the first semi-viable mass-market tablet came from Microsoft, running Windows XP Tablet PC Edition, our many fine friends up in Washington State have completely missed the dinghy on the new super-cool magical incarnation of the tablet. Kudos to Steve Jobs for realizing that a tablet should be a mega-smartphone without a phone—not a mini-notebook without a keyboard. And of course, double-kudos to Google for making a version of Android that works well on a tablet. Ain’t competition grand?

That’s not to say that today’s computing tablets are perfect. They’re not. Far from it. It’s a shame, for example, that the iPad doesn’t allow customers to put in their own memory cards. But then, Apple would rather sell us new hardware every few months, like the iPad 2 with its “Smart Cover,” instead of letting us upgrade the hardware we already have. And like loyal brainwashed sheep, many of us dutifully hand over our American Express cards.

To summarize: Apple is smart. And we are sheep. Baaah!

Cloud. Where the Softies haven’t missed the mark is in the cloud. There are many cloud companies. Some of the biggies are Microsoft (with Azure and the forthcoming Office 365), Amazon (S3), Google (GWS) and Salesforce.com (Apex and Force.com). And that’s just on the software side; there are also hosting folks like Rackspace making inroads with the cloud. In addition to the big ones, there are small ones and some as big as your head.

There’s no doubt in my tiny little brain that the cloud is big big big big big (and is composed of water vapor, but that’s not important right now). You don’t have to buy and amortize hardware, or recycle it when it’s obsolete. You don’t have to build, power and cool data centers. You don’t have to maintain excess capacity or stock spare power supplies. Since your admins rarely touch the hardware anyway, it doesn’t matter if compute resources are scattered across the Internet, instead of in one of your company’s many buildings.

While the cloud may be a three-point free throw, it’s not a slam dunk. There’s a loss of control, but face it, are you truly in control of your data centers anyway? There’s a lack of portability between providers. But ha! As if our systems were ever portable anyway. Portability’s a myth, always has been, always will be, so just get over it. There can be limited opportunities to customize, but my tiny little brain believes that’s a short-term issue that will be resolved soon.

Two real issues are bandwidth and security. The pipes between the cloud and our on-premise systems (and also between different cloud services) are narrow and brittle. On a day-to-day basis, that’s not a problem for Web apps or mobile provisioning, but it’s a challenge for non-transactional enterprise apps.

Security concerns are everywhere both during data transmission and in the storage of software and data remotely. That should be a big fat honkin’ worry with blinking lights and red flags, but our on-premise data centers are vulnerable too, and at least the cloud providers are working hard on the issue, which is more than most of our admins are (let’s be honest here, most enterprise data security is a joke and a bad one at that).

To summarize: The cloud is the future. And we are sheep. Baaah!
#!
Agile. Agile has won. But what has it won? More than a decade after the Agile Manifesto (you know, I was one of the original signatories, right? Well, not really. But I once had a tasty cheese-and-bean burrito in downtown Provo, which is only 50 miles from Snowbird), “agile” has won the right to be considered “mainstream.” Hurray!

If your managers or minions are wondering, “Should we go agile?” your response should be, “Get over it.” It’s like saying, “Should we be using hexadecimal?” The clearly unequivocal answer is, to coin an expression, “Yes.”

Does that mean that agile is the right tool for every job? To coin another expression, “No.” It’s just like sometimes you don’t want to use hexadecimal. Sometimes something else makes more sense, like octal or dodecahedral. But understanding what it means to be agile, understanding the essential element of agility, is essential if you’re in a modern software development organization.

To summarize: Agile isn’t the future—it’s the present… And we are sheep. Baaah!

I.B. Phoolen is a retired software architect who believes in fast cars, fast compilers, fast watches and fast food. To I.B., qaulity is always Job #1. He blogs rarely at ibphoolen.blogspot.com. 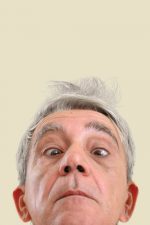