Years ago, we heard about a movement in software development that was more about individuals and interactions than processes and tools. It was about responding to change and not a rigid plan. Of course, I’m quoting from the Agile Manifesto.

Agile development didn’t spring to life overnight, but slowly and over time we’ve adapted as an industry a more agile approach to how we develop software. A similar change is happening in the way that we communicate, and it’s happening in the same fits and starts that agile development initially had. The change is about collaboration, not negotiation. It’s about getting things done rather than having documentation. The changes that we’re seeing in communication follow the same openness and transparency that created agile nearly 15 years ago.

One of the tools that stands to change the way that we communicate is Yammer. Microsoft purchased Yammer in 2012 and has been integrating it into its products and services, creating a future that includes Yammer integrated into the Office applications we use every day.

But the question is how does a mass-market enterprise social tools help developers write better software? Clues are in how Yammer aligns to the direction we’ve been headed for years and what we’re already doing in person for agile development. Clues can also be found in the way that we collaborate outside our enterprise, despite Yammer being described as the enterprise social network.

Stand up
The standup meeting has become a part of the modus operandi of many software development teams. It’s the daily gathering where developers talk about what they got done, what they plan to get done, and what’s in their way. Designed to be short but collaborative, the standup meeting is different from the way that projects used to be managed.

Projects used to be managed by managers scurrying from office to office and developer to developer collecting individual statuses: where they were succeeding and where they were failing. Later, the scurrying was replaced with e-mail requesting status updates.

Every once in a while there would be public floggings known as project status meetings where developers would be called out for missing their deadlines. And the demoralized and frustrated group that was the project team would retire to their offices and cubes to trudge through the project some more. There were no systems that promoted developers to work together; there was only a system of administration and bureaucracy.

This approach didn’t work because it didn’t foster group commitment to the team about what they were going to get done and—more important to how Yammer can be used to improve the development of software—it didn’t expose the problems that developers were struggling with so they could get help. Standup meetings are fundamentally built on shared commitment and openness about our struggles to meet commitments. 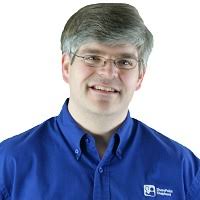 Robert Bogue has been awarded the Microsoft MVP designation fifteen times, and earned recognition as a Microsoft patterns & practices Champion. Rob holds certifications from Microsoft: MCPD, MCITP, MCTS, MCSA: Security, MCSE as well as CompTia: A+, Network+, Server+, I-Net+, IT Project+, E-Biz+, CDIA+. He is the author of 25 books. Robert is committed to “making the complicated, simple.” Follow Rob’s blog at https://www.thorprojects.com/blog/. You can also contact Rob at Rob.Bogue@ThorProjects.com

View all posts by Robert Bogue