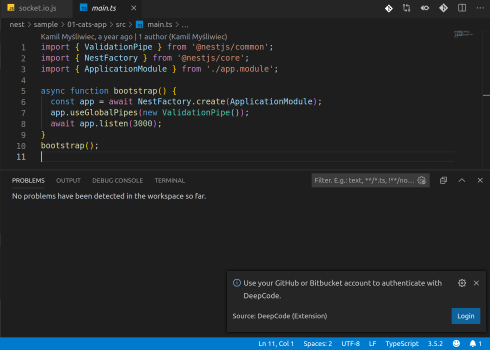 DeepCode is designed to alert users about critical vulnerabilities and avoid bugs going into production. It uses a machine learning bot to continuously learn from bugs and issues, and determine the intent of code. The bot is currently free to enterprise teams of up to 30 developers.

“Developers want to see DeepCode’s suggestions before they commit their code, and we want to enable developers to effortlessly analyze code no matter which version control system they use,” said Boris Paskalev, CEO and co-founder of DeepCode.

“For all industries and almost every business model, the performance and quality of coding has become key. DeepCode provides a platform that enhances the development capabilities of programmers,” said Christian Nagel, partner and co-founder of Earlybird, the led investor in the company’s round of seed funding last month. “The team has a deep scientific understanding of code optimization and uses artificial intelligence to deliver the next breakthrough in software development.”