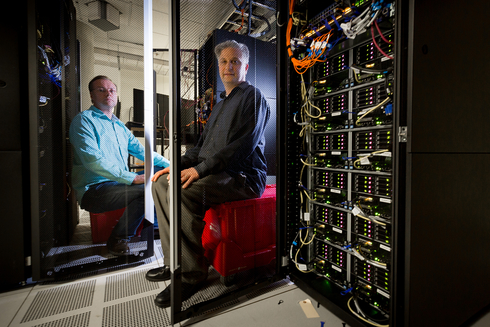 Developers and researchers can start using the power of deep learning with the updated beta release of the open-source Microsoft Cognitive Toolkit.

The toolkit, previously known as CNTK, and was developed by computer scientists at Microsoft. They wanted developers to be able to train and evaluate deep learning algorithms fast, scaling efficiently in a range of environments, like CPUs, GPUs, and multiple machines, according to a Microsoft Research blog post by Microsoft writer Allison Linn.

The toolkit turned into something that customers could benefit from, including Microsoft’s flagship product groups like Cortana. Skype, Bing and Xbox are also already using the toolkit to develop commercial-grade AI, according to Linn. And since the toolkit is open source, Microsoft can get other companies to put it in production, too.

(Related: How machine learning is tackling the ‘big’ in Big Data)

“We’ve taken it from a research tool to something that works in a production setting,” said Frank Seide, a principal researcher at Microsoft Artificial Intelligence and Research and a key architect of Microsoft Cognitive Toolkit.

The latest version of the toolkit can be found on GitHub, and some of its features allow developers to unlock insights of unstructured data through neural networks while still working with the languages and networks they are used to, like C++, Python or BrainScript. The toolkit comes with full APIs for defining networks, learners, readers, training and evaluation from C++, Python, and BrainScript, as well.

Also, the toolkit runs fast and delivers better performance than previous versions, according to Linn. This kind of large-scale deployment is needed for deep learning across multiple GPUs, and it’s also key to improving the high speed and high level of intelligence that Microsoft needs for its machine learning technologies, she wrote.

To help developers and researchers get started, Microsoft has assembled more than 30 code samples, recipes and tutorials for working with all kinds of data sets. The toolkit’s custom system allows developers to configure their systems for deep learning with no extra coding, which means developers can get faster research breakthroughs, like last week’s Microsoft Artificial Intelligence and Research milestone.