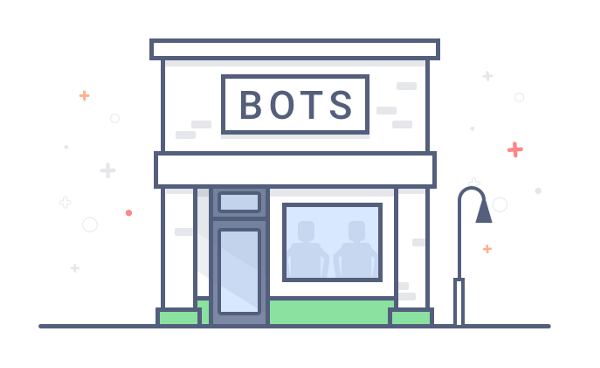 A platform that allows developers to build, train and deploy chatbots was released into public beta this week.

The company behind these chatbots is called Motion AI. It allows anyone to create bots that are designed like a flowchart, using only as many branches as their project requires. Motion AI’s launch for bot deployment includes SMS, e-mail, webchat, Facebook Messenger, and Slack support. In addition, the company is offering an API to developers to give them flexibility and to allow them to integrate with other services.

Users can build bots that trigger actions on external services, according to a Medium post by Motion AI’s CEO David Nelson. A bot, for instance, can scan a knowledge base to handle basic customer service questions, or it could help a user submit a support ticket if assistance is needed.

Nelson wrote that Motion AI is preparing to launch its Bot Store, which will provide curated, prebuilt bot templates. The Bot Store will feature one-click bots that can be used for a variety of use cases.

Developers can sign up today to begin creating their bots, and once created, developers can give feedback to other bot makers and Motion AI by joining their Slack Community.

Rust 1.9
Rust, a programming language backed by Mozilla, announced the latest version, 1.9, which can be installed from the appropriate page on Rust’s website. A highlight from this version is that about 1,000 patches were included.

The biggest shift in Rust 1.9 is the stabilization of the std::panic module, which includes methods for halting the unwinding process started by a panic, according to the Rust blog.

This new API was defined in RFC 1236. Also, Rust distinguishes between two ways an operation can fail:

According to Rust’s developers, Rust has a new attribute for library authors, which allows them to tag an API with a deprecation warning that users of their crate will receive whenever they use the API, directing them to a replacement. Rust also publishes standard library binaries for several new targets with the new version.

Additionally, about 80 library functions and methods are stable in this release. This release had 127 contributors. Developers can check out the detailed release notes for 1.9 on GitHub.

Intel acquisition to improve IoT technology
Intel has been known for its computers and processing chips, but the company is ramping up its focus on transforming the cloud and connected devices by adding new capabilities to its automotive portfolio, and by signing an agreement to acquire Itseez.

The new capabilities for the portfolio include functional safety and over-the-air software management. Another requirement for self-driving vehicles includes the ability to see and interpret its surroundings, which will require computer vision, according to a company announcement.

Computer vision includes methods for acquiring, processing, analyzing and understanding images from the real world in order to make informed decisions and automate actions, according to Intel. And it’s becoming important in the Internet of Things, whether its autonomous vehicles, security systems or medical imaging.

Since computer vision is critical for IoT, Intel acquired Itseez, a company that specializes in computer vision algorithms and implementations for embedded and specialized hardware. The company contributes software tuning and integration in other products like cars and security systems, and the acquisition will help Intel’s efforts in IoT markets, according to the company announcement.

Zeppelin is a modern, Web-based notebook that enables interactive data analytics. A notebook is something that helps developers, data scientists and other users handle their data without worrying about command lines and cluster details, according to the Apache Software Foundation’s blog.

Zeppelin is multi-purpose, and it features data ingestion, exploration, analysis, visualization and collaboration. It supports more than 20 back-end systems, including Apache Spark, Apache Flink, Python, R and others. It’s built on top of modern Web technologies, so it eliminates the need to build a separate module, plug-in or library.

For developers, it’s flexible, with different language options, and it allows interaction between custom visualizations and cluster resources. Zeppelin is in use at organizations like Amazon Web Services, Hortonworks, Juju, Twitter and more. While it has been in the incubator since December 2014, the project has had three releases and twice participated in Google Summer of Code under the Apache umbrella, according to the blog.